Published by Archbishop Etienne on September 30, 2013 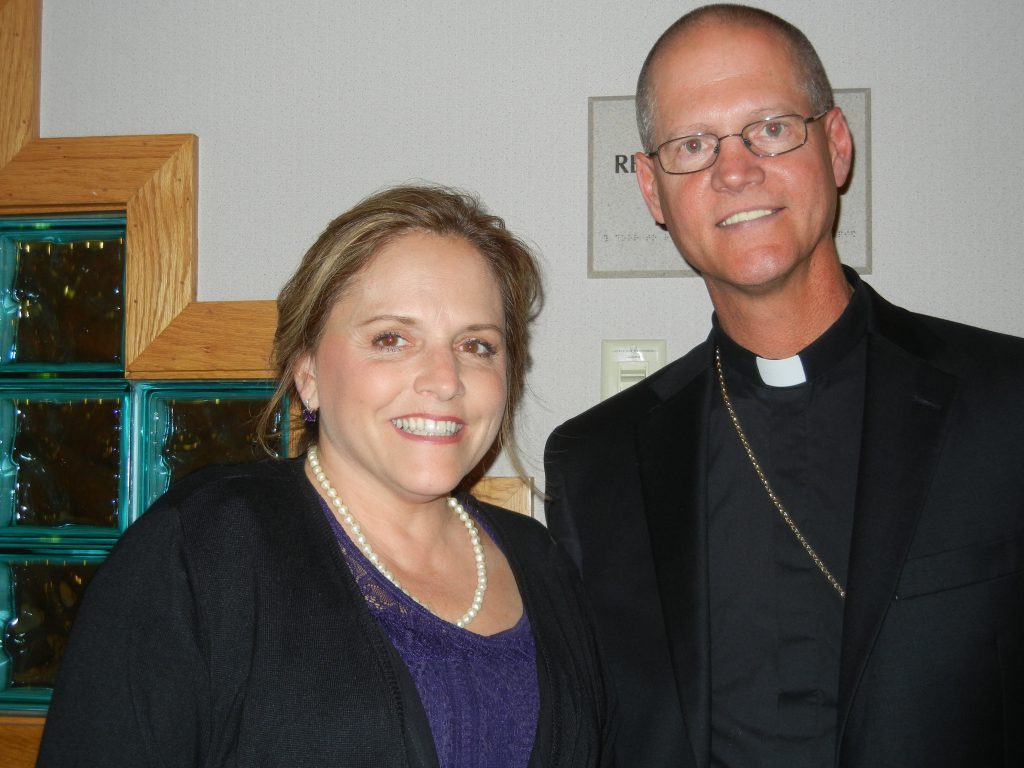 Friday began another tour of the Diocese with a trip to Cody for this year’s annual Catholics United For Life Conference.  I’m told this was their best attended conference to date.  Speakers included Jenn Giroux, Rebecca Kiessling, Dr. James & Stephanie Bell and yours truly.  I was impressed to see the variety of age groups represented at this conference.

The speakers addressed several life issues, but their personal histories were very much the focus of their individual talks.  The Bells spoke of their decision to carry a child full term to life that they knew would only live for a matter of hours.  I was not present for their talk, but know from others that it was very moving.

Rebecca shared her own personal story of being conceived in rape and surviving a conscious effort of her mother to seek an abortion.  She made a passionate and well thought-out plea for the Right To Life movement to abandon the “in case of rape” concession when it comes to abortion.  Why should the child conceived be condemned to death because of the sins of the father?

Her presentation also led to an insight that each individual is more than the genetic make-up of their parents.  We all know the oft’ quoted phrase of Scripture and Church teaching from Genesis, that we are all created in the image and likeness of God.  I also remembered a passage from St. Paul to the Ephesians which seems to go even further with this theological understanding of the dignity and sanctity of each human person by recalling that we are all chosen in Christ before the foundation of the world.  (Ephesians 1:4)  Our genetic make-up goes well beyond our human origins to the divine.

Jenn spoke of her own personal experience of having a daughter with special needs and how this relationship constantly invites her to ‘true love.’ Having a special needs nephew, I could relate very much to her story and how such children demand a great deal of self-sacrifice, which is at the heart of authentic love.  This story challenges our cultural practice of wanting to diminish individuals with physical limitations to some category less than fully human. 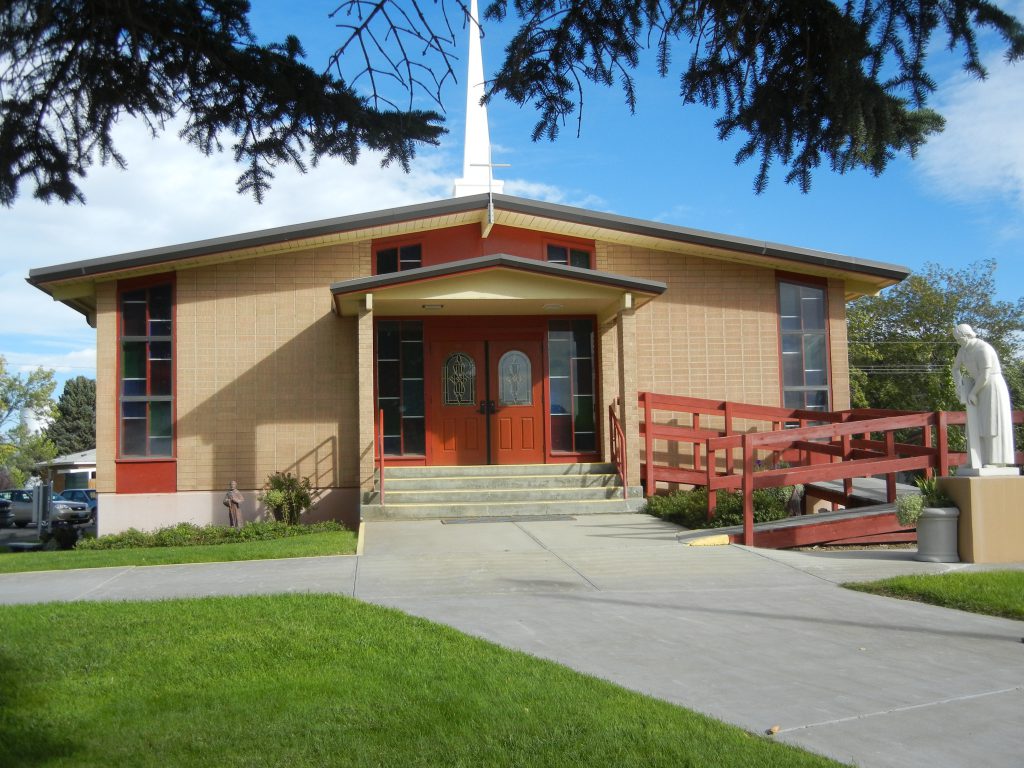 Sunday morning I got an early start out of Cody to make my way to St. Joseph in Lovell. I had visited this parish once before, but did not have a chance to celebrate the Eucharist or visit with the parishioners.  I could not have received a warmer reception!  The Mass was well attended and followed by a reception, which included fresh biscuits, sausage and gravy and a few other things I should have probably not eaten.  But, oh was it good!  Little did I know another such reception was soon waiting after Mass at Sacred Heart in Greybull. 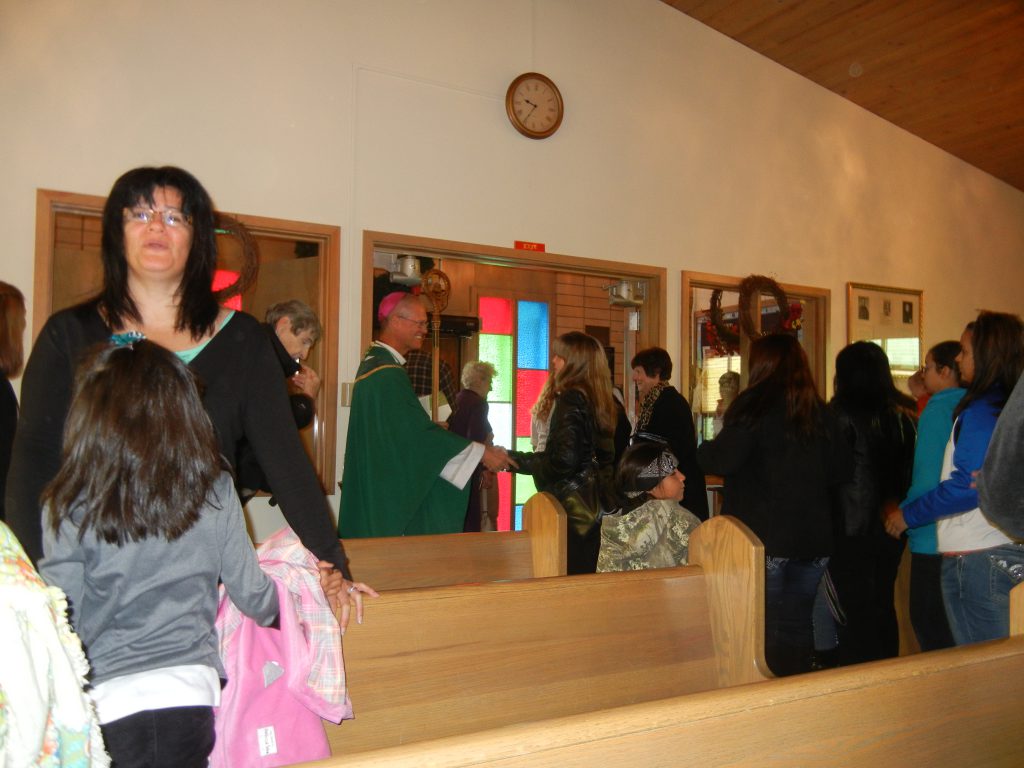 Greeting parishioners after Mass at St. Joseph in Lovell.

These visits to a parish for a Sunday Mass and reception  when there is no reason for my being there other than the fact that I am the Chief Shepherd of the flock, are wonderful.  The time is relaxed and provides a better opportunity to get to know people.  When I left the reception hall to make my way to Greybull, it was reminiscent of the scene from the Sound of Music when the people all wave goodbye to the kids as they leave the dance hall, except no one was singing!

When I arrived in Greybull, I thought I was late!  There were cars everywhere.  Many people had already arrived, since they combined their usual two Mass schedule into one for my visit.  What first caught my attention here was the incredible number of young families and a very large number of Hispanic individuals and families.  There was a camera set up church for overflow, and there were plenty who sat in the parish hall for Mass, as the Church was standing room only. 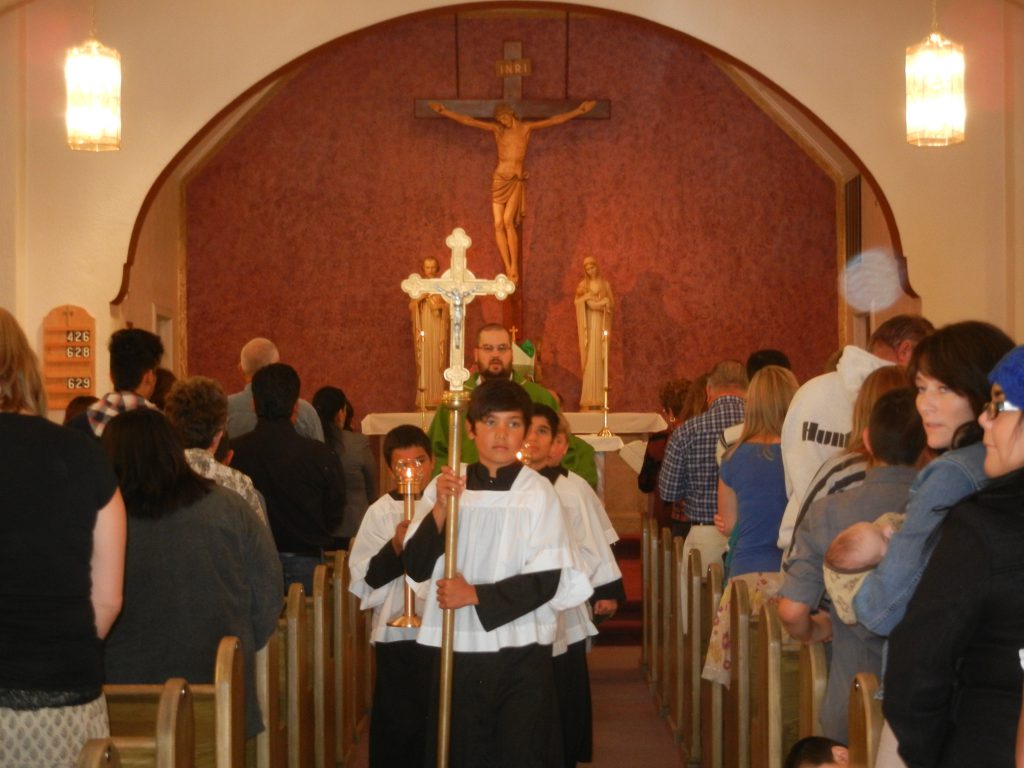 A children’s choir sang much of the music, while another group sang a few hymns in from their Mexican culture.  The celebration was vibrant and uplifting. 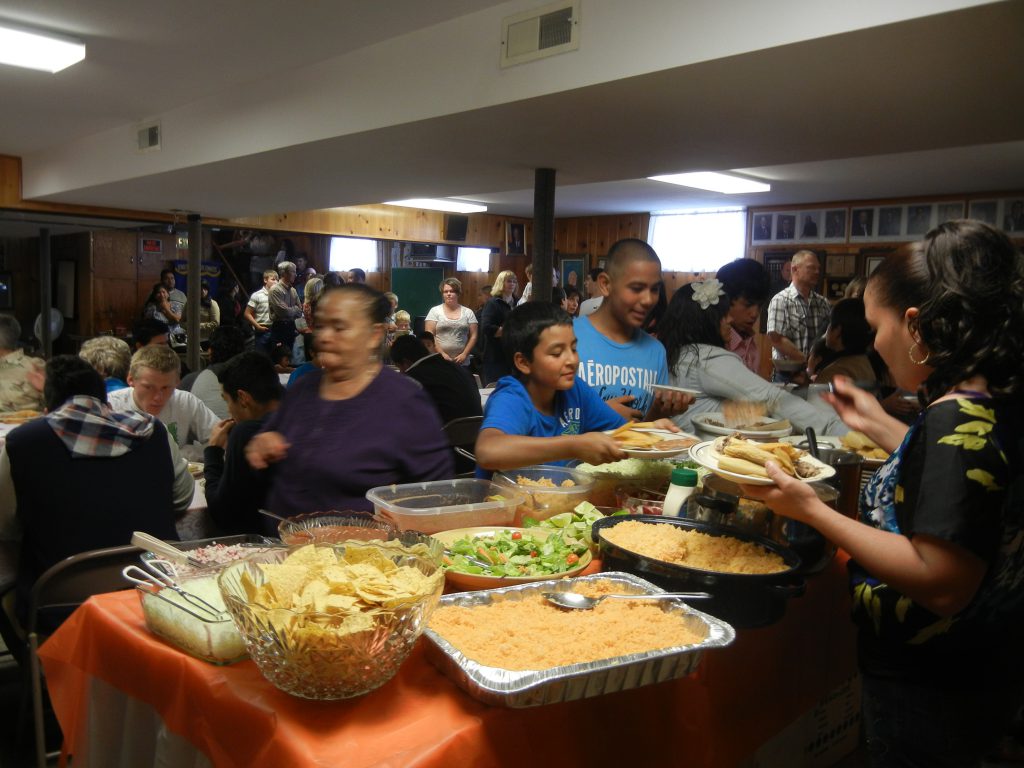 Much of the menu for the reception was prepared by the Hispanic families, and a large percentage of the congregation remained for some social time. Probably the best invitation I received all day came from a youngster who wanted me to come to his home to do some hunting!  His father told me: “Bishop, my son wants to ask you something.”  The young man must be quite the outdoor enthusiast.  Once again, the reception I received here at Sacred Heart was warm and inviting.

I’m so grateful for the good work of our priests, deacons, and lay leaders who are building such vibrant communities of faith.  The People of God are well served, and the family of faith is growing.

With the final Mass of the day in the books, I began the long drive back to Cheyenne.  From Greybull, the drive took almost exactly six hours.  The car is just about ready for its third set of tires!