Published by Archbishop Etienne on March 9, 2016 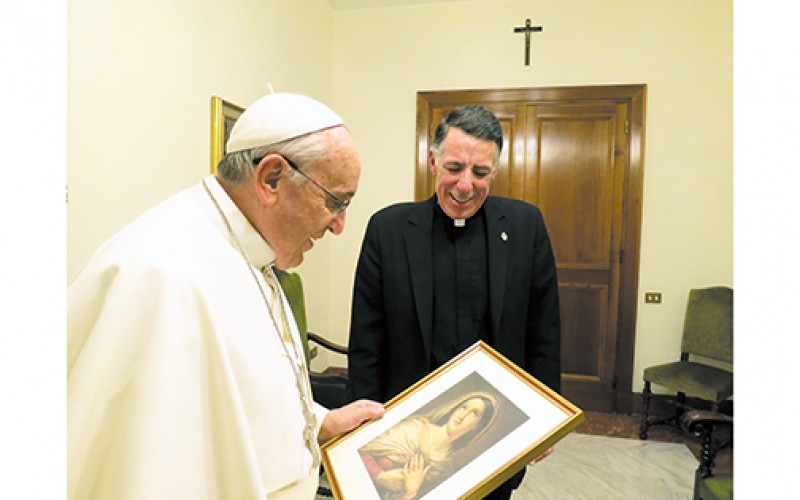 I was delighted but not surprised to wake up yesterday morning to the news that Msgr. James Checchio had been named Bishop of Metuchen, New Jersey. Jim and I were classmates in the seminary in Rome, and he makes the fourth of the class of ’92 to be named a bishop.  I remember before I went to the seminary, praying that God would place me with a good group of men.  Indeed he did!

Msgr. Checchio is a priest from the Diocese of Camden, New Jersey.  He completed his theological studies with a Doctoral Degree in Canon Law.  He has served the last twelve years at the North American College in Rome, nearly ten of which as the Rector.

Bishop-elect Checchio is held in high regard by many, including the two rectors who preceded him, now Cardinals Ed O’Brien and Tim Dolan; not bad company.  During his ten years as rector of the North American College, the seminary saw enrollment rise to record numbers.  Over the years of his leadership nearly 500 priests were ordained for service in dioceses across the United States and Canada.  As one who lived there for four years, but never returned for service on the faculty, I can only imagine the demands and challenges faced and met by Msgr. Checchio, all of which prepared him as a more than suitable choice to lead the Metuchen Diocese as their new bishop.

I remember Jim as a sharp intellect with a quick laugh.  I envied that he never seemed to have to study as the academics came easily to him.  He mingled well and moved easily in and out of different circles of relationships.  Even during my visits to Rome during recent years, Jim always found time for a visit, and appeared to be content, calm, and quite in charge in the face of his many responsibilities, and his laugh was still as quick and hardy as ever.

I spoke with him just a few weeks ago by phone to welcome him back to the States.  He had just handed the reigns of the College over to the new rector, and returned home for a bit of a sabbatical and rest before taking a new assignment in his own diocese.  I suspect even then, he had already received ‘the phone call’ as he was on retreat.

To the rest of this readership, please, remember to pray for your bishops!