Published by Archbishop Etienne on October 11, 2022 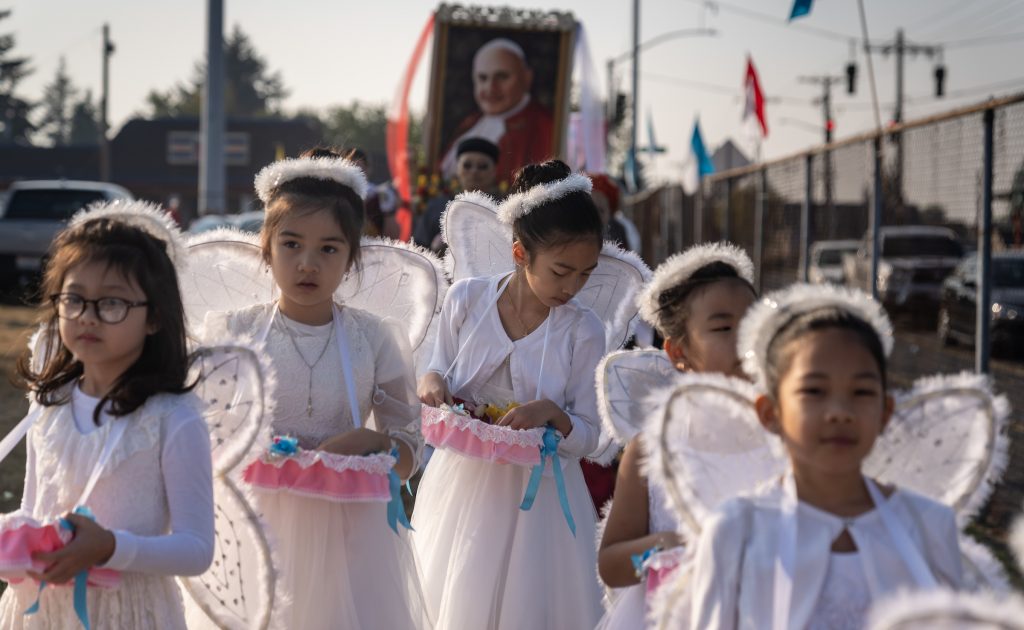 Today the Church celebrates the feast of Pope St. John XXIII. Perhaps the cardinals who elected him in 1958 saw him more as a ‘caretaker’ than one who would make such a bold decision as to call an Ecumenical Council. Below is the address he gave at the opening of the Second Vatican Council. It is prophetic and insightful regarding his understanding of the Church and world at that time, as well as his expressed hope for the outcomes of the Council. It is well worth a read, as are the documents promulgated by the Council Fathers over the course of the following years.

From the addresses of Pope Saint John XXIII at the solemn inauguration of the Second Vatican Ecumenical Council, October 11, 1962

The Church is the most loving mother of all  . Mother Church rejoices that, by a singular gift of Divine Providence, the most longed-for day has now dawned when, under the patronage of the Virgin Mother of God, whose maternal dignity is commemorated on this feast, the Second Vatican Ecumenical Council solemnly begins here at the tomb of blessed Peter.  Truly, the very serious issues and questions that the human race needs to resolve have not changed after almost twenty centuries. Indeed, Christ Jesus always holds the central place in history and life. People either adhere to him and his Church, and so enjoy the goods of light, sweetness, right order and peace; or else they live without him or act against him and deliberately remain outside the Church. And so they cause confusion among themselves, bitterness in human relationships, and the imminent danger of bloody wars.

At the inauguration of the Second Vatican Ecumenical Council, it is evident, as always, that the truth of the Lord will remain for ever. Indeed, as one age gives way to another, we see that uncertain human opinions take over one from another; and often errors vanish as soon as they are born, like mist dispersed by the sun.

The Church has never failed to oppose these errors, and has even condemned them often, indeed with the greatest severity. But at the present time the Spouse of Christ is pleased to apply the medicine of mercy, rather than take up the weapons of severity. She judges it prudent to meet the needs of today by demonstrating more amply the power of her teaching, rather than by condemning. It is not that there is any lack of false doctrines, opinions, and dangers to be guarded against and eliminated; but these are all so openly in conflict with the right principles of honesty and have produced such deadly fruits, that today people seem to have begun to condemn them on their own account, even by naming those ways of living which despise God and his laws or place too much confidence in technological progress and a well-being based solely on the comforts of life. They understand more and more the dignity of the human person and that the need to perfect it is a matter of great importance and very difficult to accomplish.

And what is most important, they have at last learned by experience that force exerted on others, the power of arms and political domination are of no use at all in finding a happy resolution to the grave issues which afflict them.

In these circumstances, the Catholic Church, as she raises the torch of religious truth through this Ecumenical Council, wishes to show herself a most loving mother of all, benign, patient, and moved with mercy and goodness towards the children separated from her. To the human race, laboring under so many difficulties, she says, as Peter once said to the poor man who had asked him for alms, I do not have silver and gold, but what I have I give you: in the name of Jesus Christ the Nazorean, arise and walk.

That is to say, the Church does not offer to the people of our time riches that perish, nor does she promise them mere earthly happiness, but she imparts the goods of heavenly grace, which, since they raise people to the dignity of the children of God, are powerful safeguards and aids to making their life more human. She opens the springs of her life-giving doctrine, by which people, illumined by the light of Christ, can understand in the depths of their heart what they really are, how excellent is the dignity they possess, and what end they should pursue.

Finally, through her children, she extends everywhere the bounds of Christian charity: nothing is more suited to eliminating the seeds of discord, nothing is more effective in promoting harmony, a just peace, and the fraternal unity of all.

Almighty ever-living God,  who in Pope Saint John the Twenty-Third  have given a living example of Christ, the Good Shepherd,  to shine throughout the whole world,  grant us, we pray,  that, through his intercession,  we may joyfully pour out  an abundance of Christian charity.  Through our Lord Jesus Christ, your Son,  who lives and reigns with you in the unity of the Holy Spirit,  God, for ever and ever.