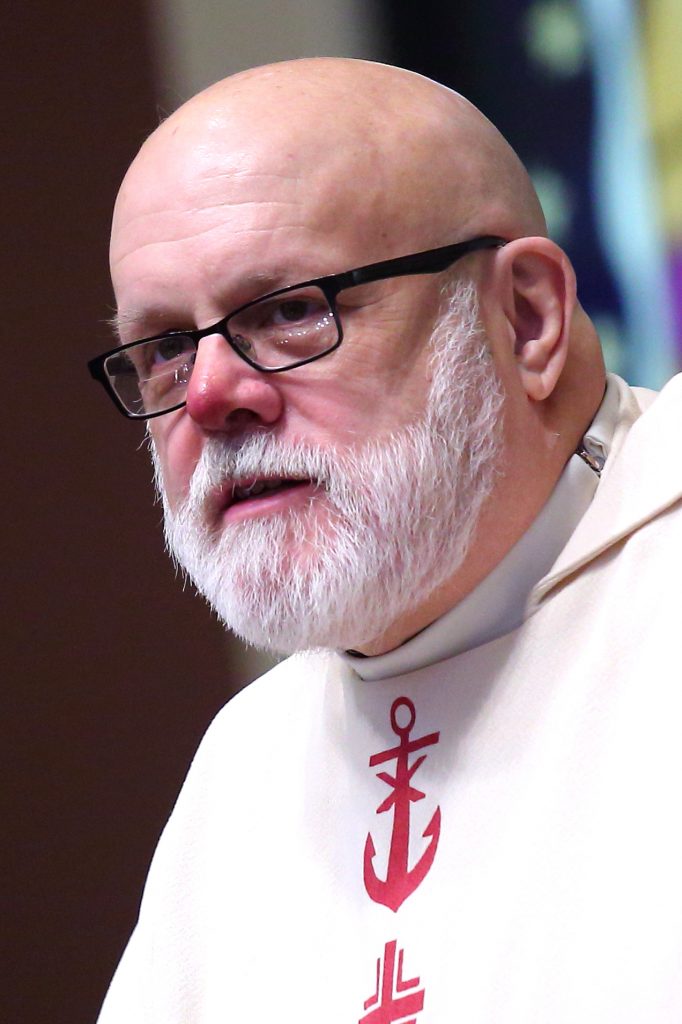 Rev. Steven Moore, a somewhat iconic priest of the Archdiocese of Anchorage, ‘made it home for Christmas’ today, after a lengthy and courageous battle with cancer.

In the coming days, there will no doubt be numerous tributes paid to this incredible man and priest.

Sunday night, he was admitted to the hospital.  I had a number of visits with him over the past few days. His intellect and humor remained in tact until the end.

According to character, he was giving orders right up to the end!

I’m pleased I had the opportunity to express to him the deep and sincere appreciation of the entire Archdiocese for his extraordinary life and ministry.  We celebrated the sacraments of reconciliation and anointing of the sick, and prayed together for his speedy journey ‘home.’

The only other thing I can share with you now is that he loved all of you very much!  Please join me in prayer for the repose of his soul and the comfort of his family and friends who will miss him much.

Below are some of the highlights of his life, studies, and assignments.

Born May 16, 1949 in Redmond, Oregon, to George and Adele Moore; siblings Linda and Michael

Ordained June 12, 1976 in St. Edwards Church, Seattle, WA, by Most Reverend Robert Whelan, SJ for the Diocese of Fairbanks.

Also served as Canonical Pastor—St. Christopher By the Sea,

Member of the Archdiocesan Council, Defender of the Bond, Ecclesiastical Notary, Aide to Archbishop Hurley during his final years.

Member of Knights of the Holy Sepulchre (1988)