Published by Archbishop Etienne on June 23, 2018

It’s been a long time since I have had material to post on a day afield. Yesterday morning, I headed up to the Mat-Su Valley and spent time on Lazy Mountain as well as some hiking in Hatcher Pass, home of the former Independence Gold Mine in the Talkeetna Mountains.

Myself with my host, and Chancellor of the Archdiocese of Anchorage, John Harmon.

Friday morning after finishing my prayers and Mass, I made the hour long drive to Palmer, where I connected with my host for the next 24 hours.  I had a room / small cabin at a local Bed & Breakfast up on Lazy Mountain.  It was very cozy and comfortable for a weary hiker / adventurer when I finally settled in last night.

The first stop of the day was Hatcher Pass, where a rather productive gold mine was established in 1938. The old buildings are still on the site, though considerably dilapidated, and the mine entrances have been closed. The mine reached its peak production in 1941 and then had to shut down during the Second World War. Once it reopened, the government froze the price of gold and it was never able to economically survive, and closed in 1951.  The site is now a part of a very large State Park.

The hiking in at this level allowed for some incredible views, even with the low cloud cover. The trails were fairly steep, and my heart rate has not been that high in a long time, and I’m not talking about the altitude! 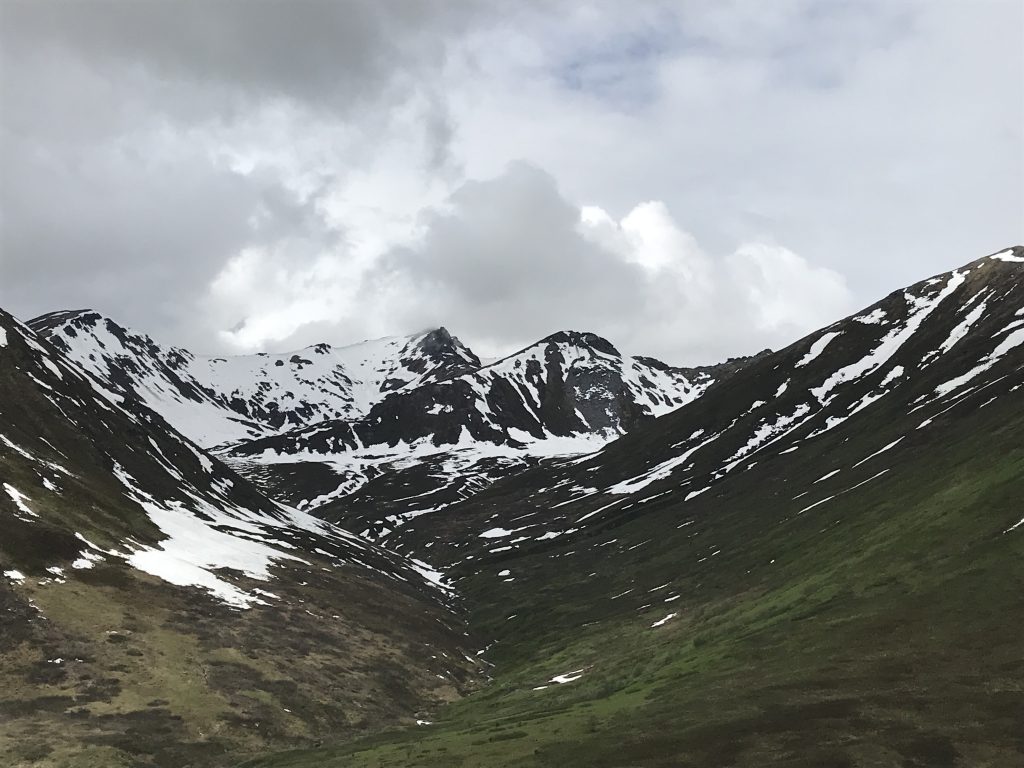 After a nice lunch at a lodge just a mile down the road from the Gold Mine, we headed back down into the Palmer area to walk along the Matanuska River. With all the snow melt in the mountains, the river is still running beyond its banks and quite swift. Sadly, a mother and her small child were swept away in this river earlier this week, and just this morning a sky-diver landed in the river and drowned. As beautiful as Alaska is, it can also be treacherous and unforgiving.

The next stop was a local, favorite fishing spot on the Knik River, which is presently one of the few places open to King Salmon fishing. The King Salmon have been slow to return to the Alaskan waters this spring / summer, and most streams have been closed to any King fishing.  We are hoping and praying for the Kings to return for the late run in July. This is important, not for the sport fishing but because the commercial fishing is a source of livelihood for many families in Alaska.

Early this morning we took a nice long hike on Lazy Mountain, and then headed to the Palmer Airport for a unique opportunity. John’s twin brother owns a Piper Super Cub, and he wanted to show me Knik Glacier, and I was more than willing to accept the invitation and opportunity!  Some would say that Alaska was partially settled by the Piper Cub airplane.  It is sturdy, dependable, and capable of landing and taking off in very short distances, whether on water or creek / river beds, or mountain clearings. It was a real treat to take a ride in this plane this morning. 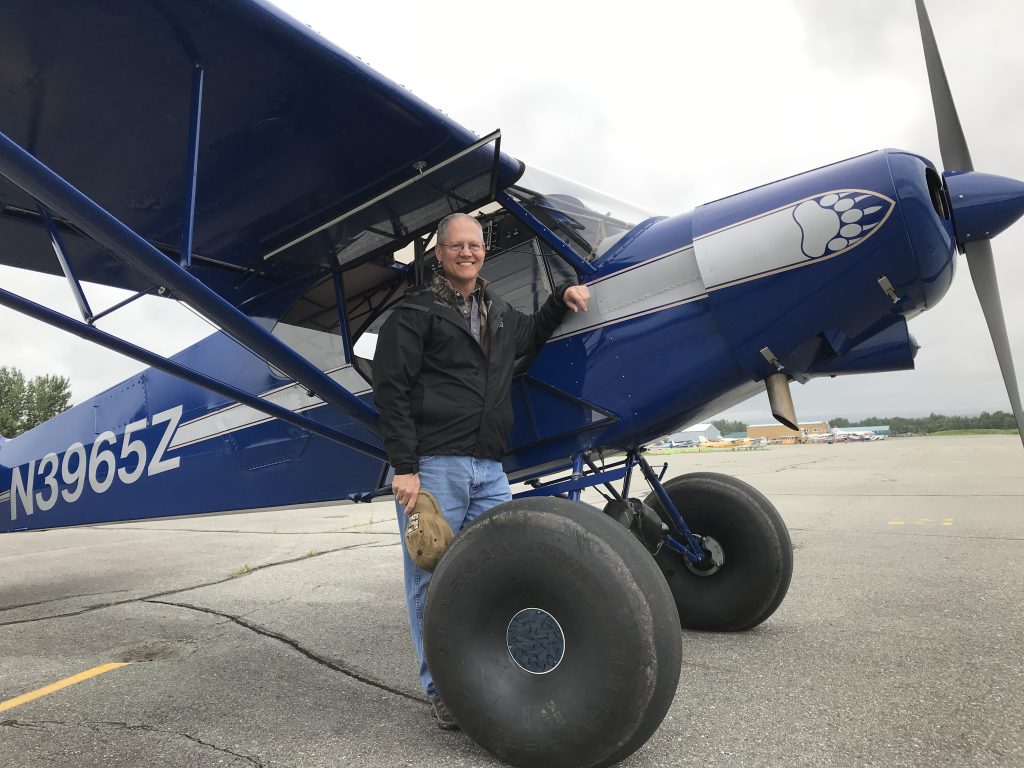 Knik Glacier is a short plane ride up the Knik River east of Palmer. It is nestled into a valley of the Chugach Mountains.  Flying along the river, we spotted lots of moose, a black bear, and then coming back on the north slope of the valley we counted nearly 30 Dahl Sheep. 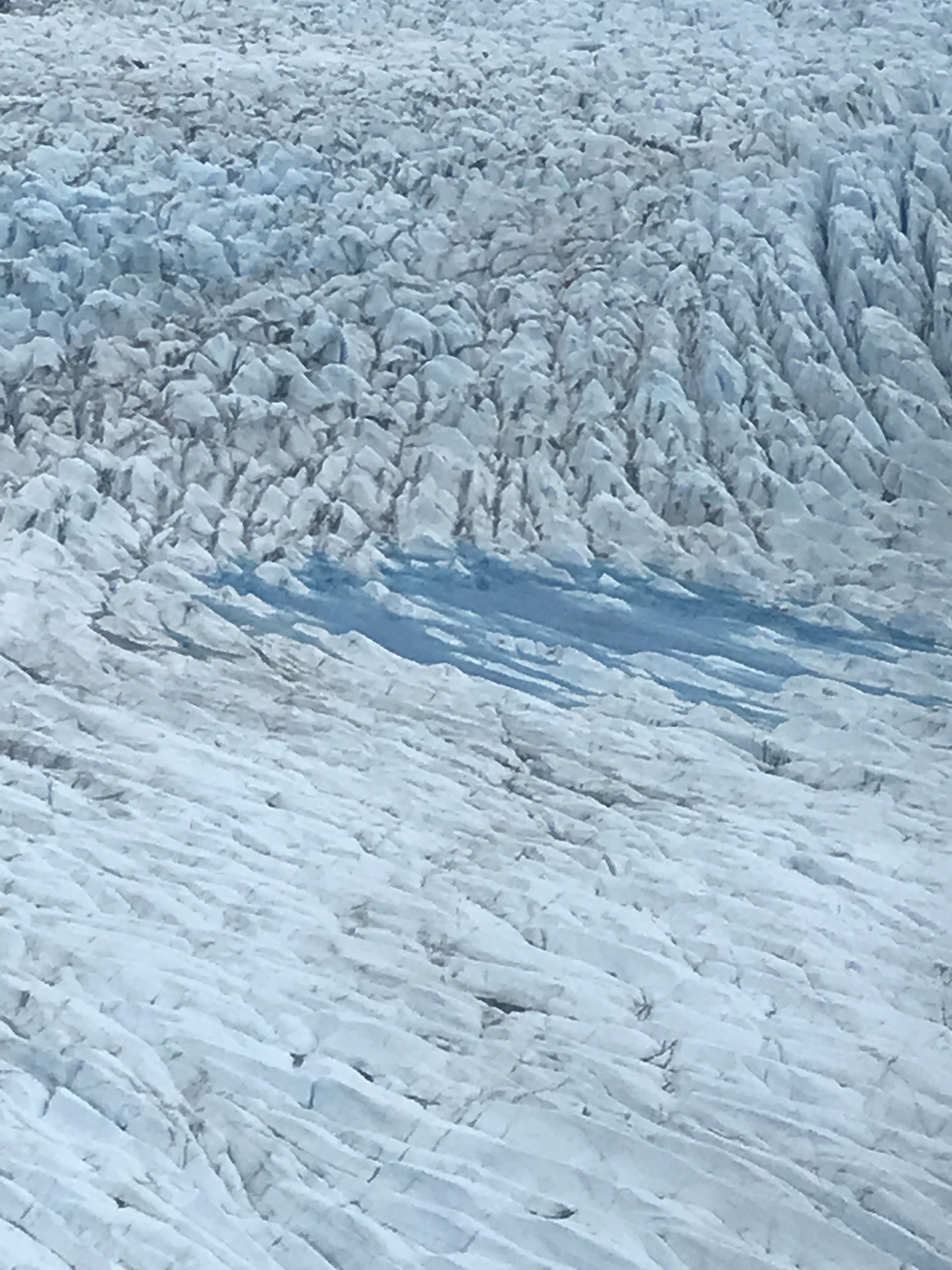 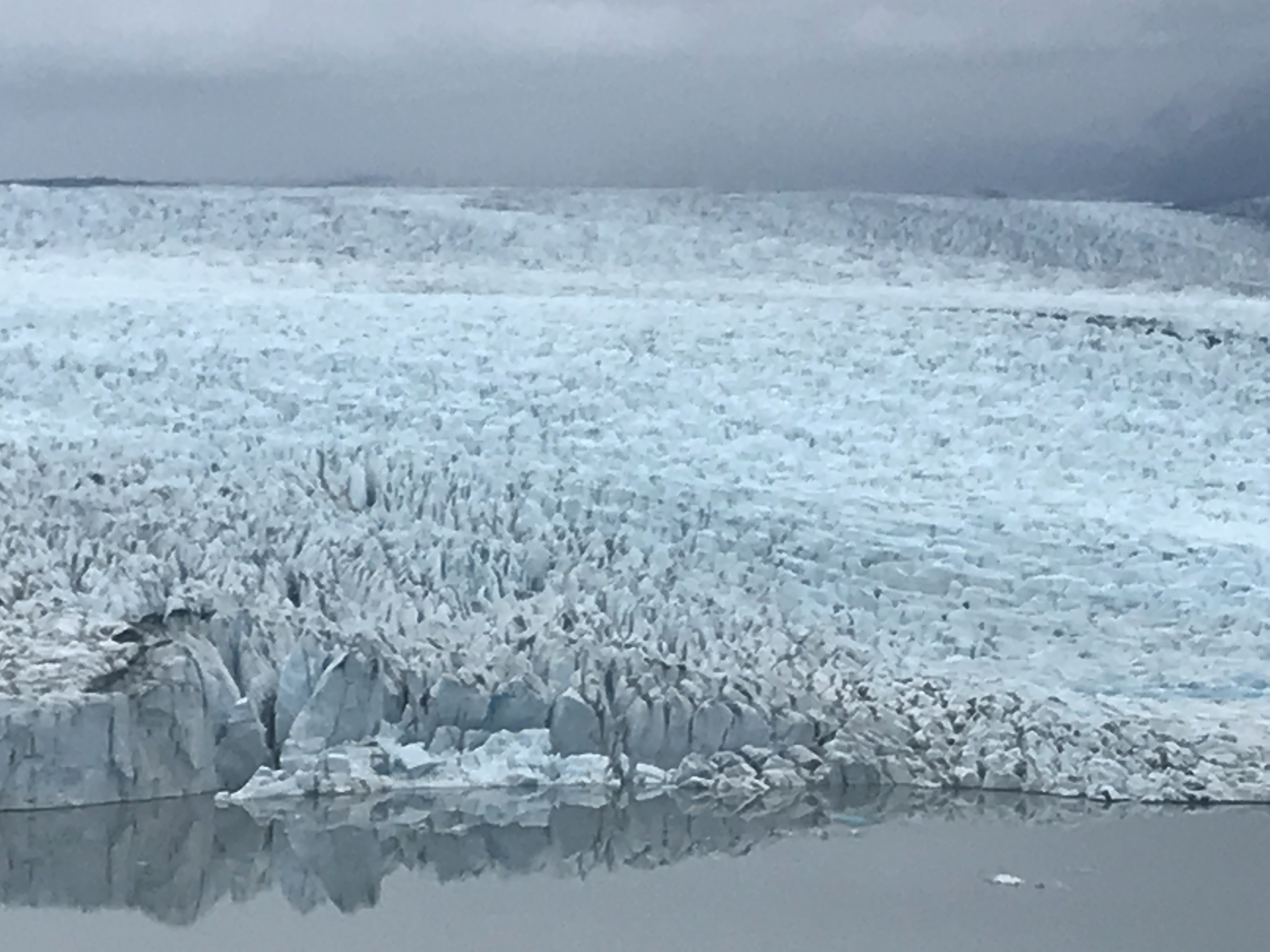 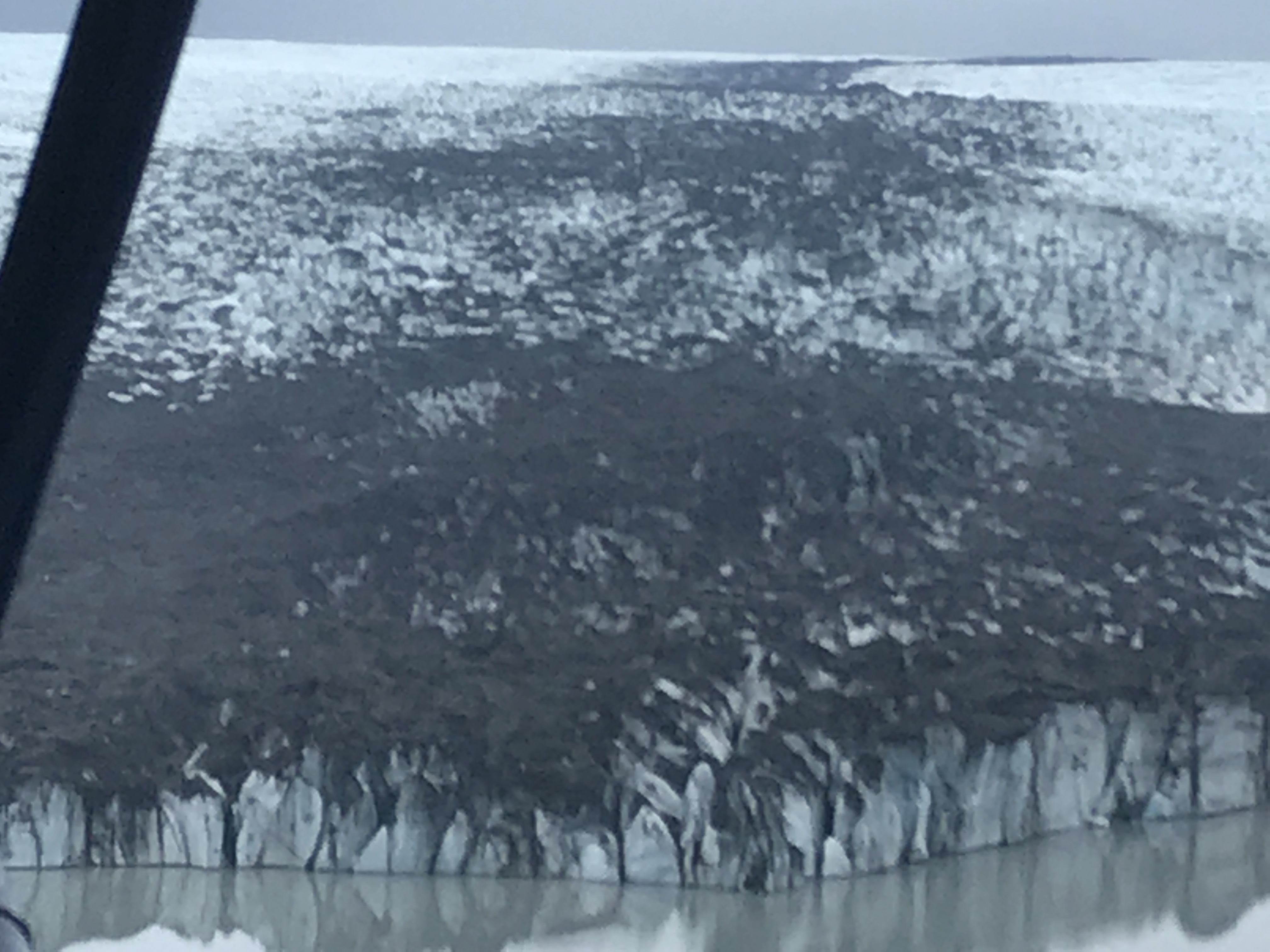 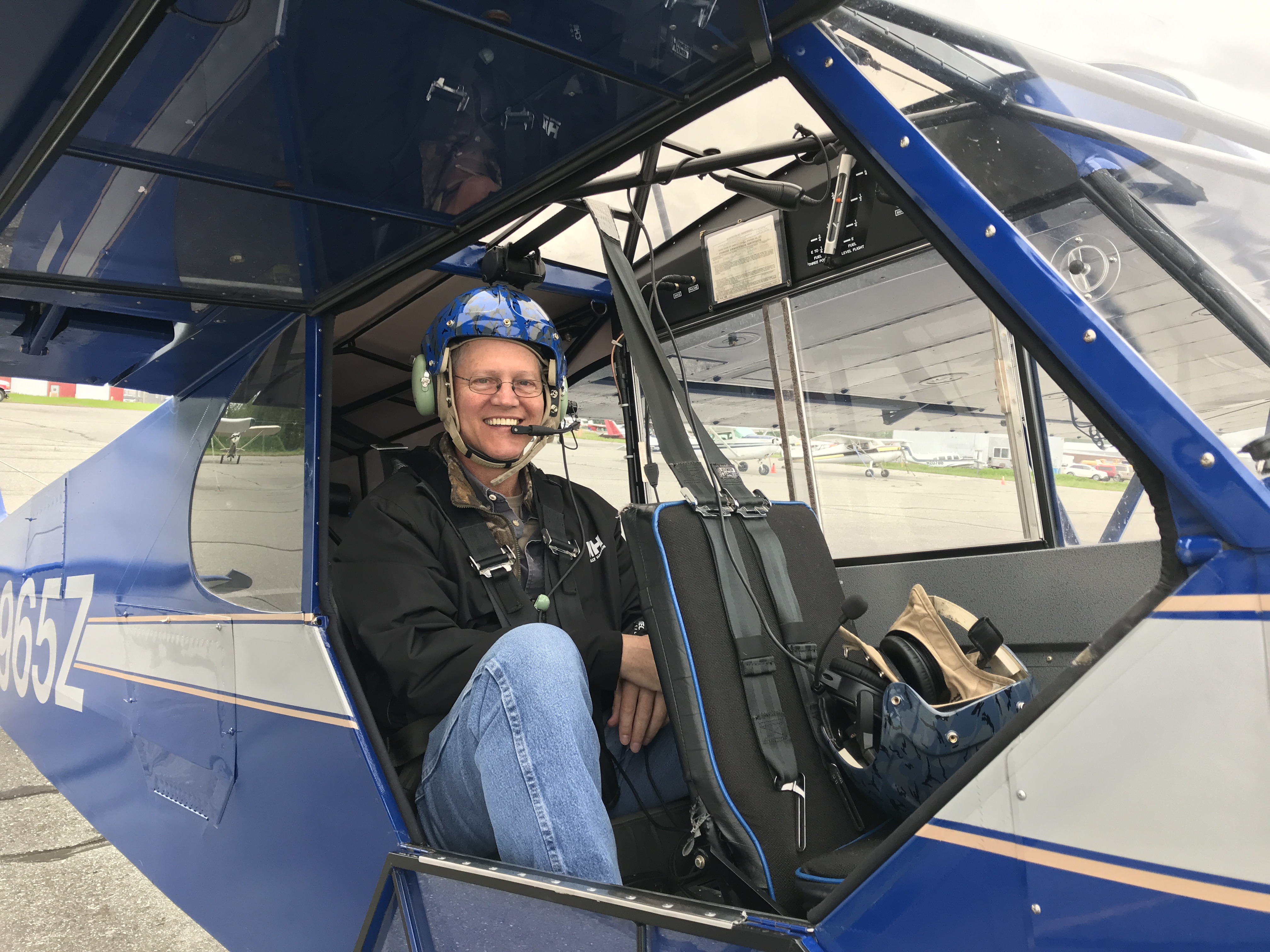 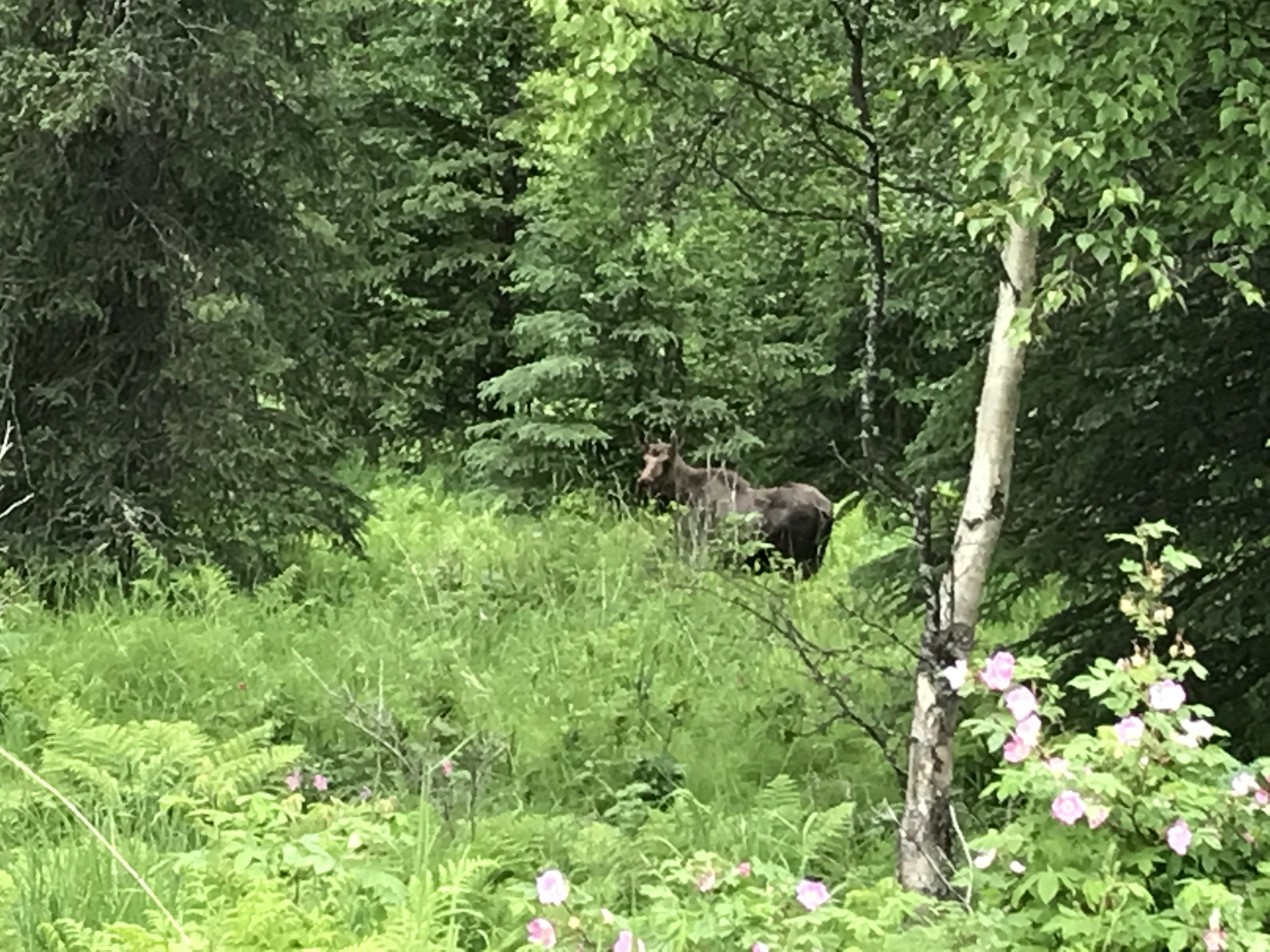 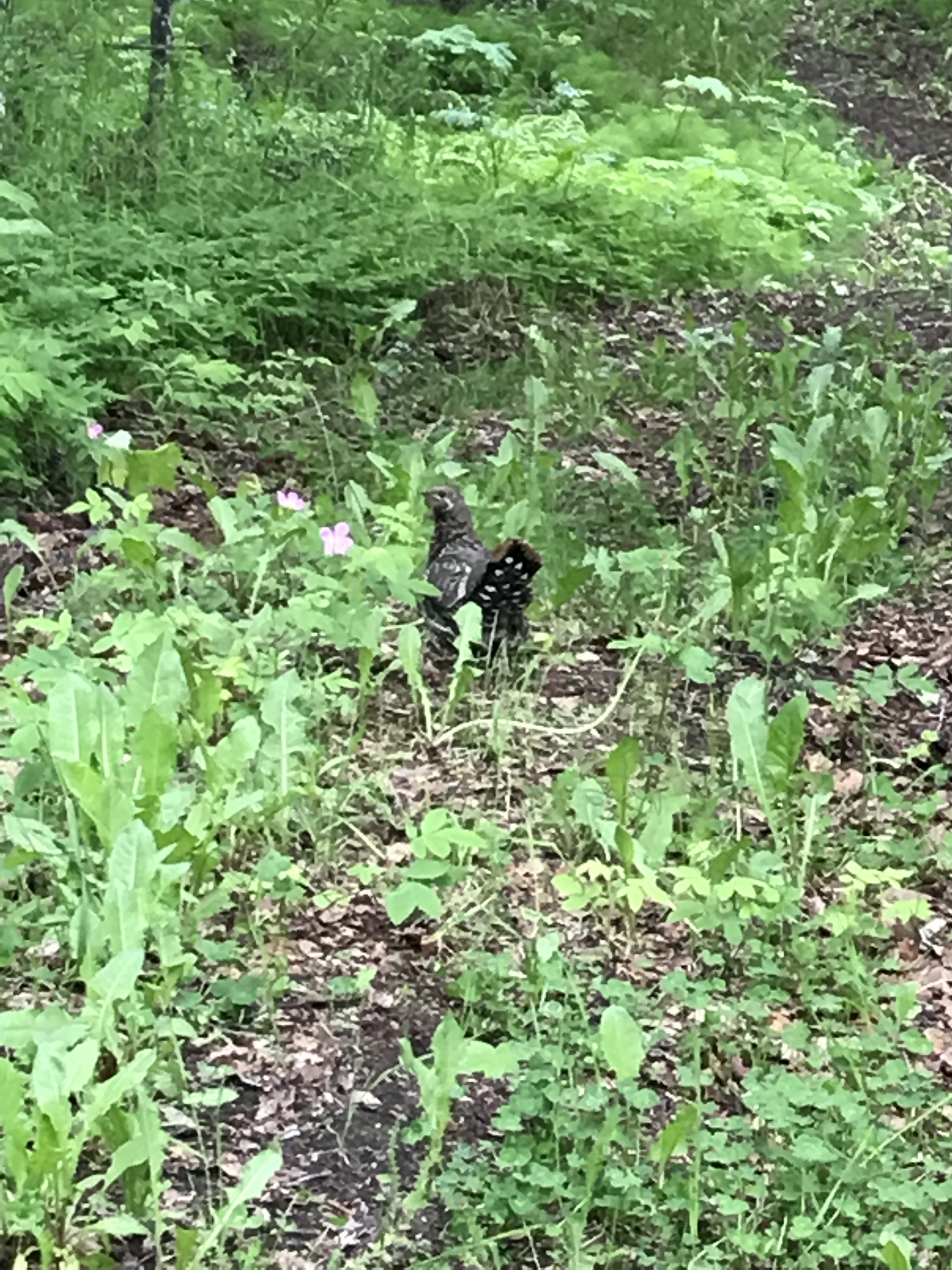 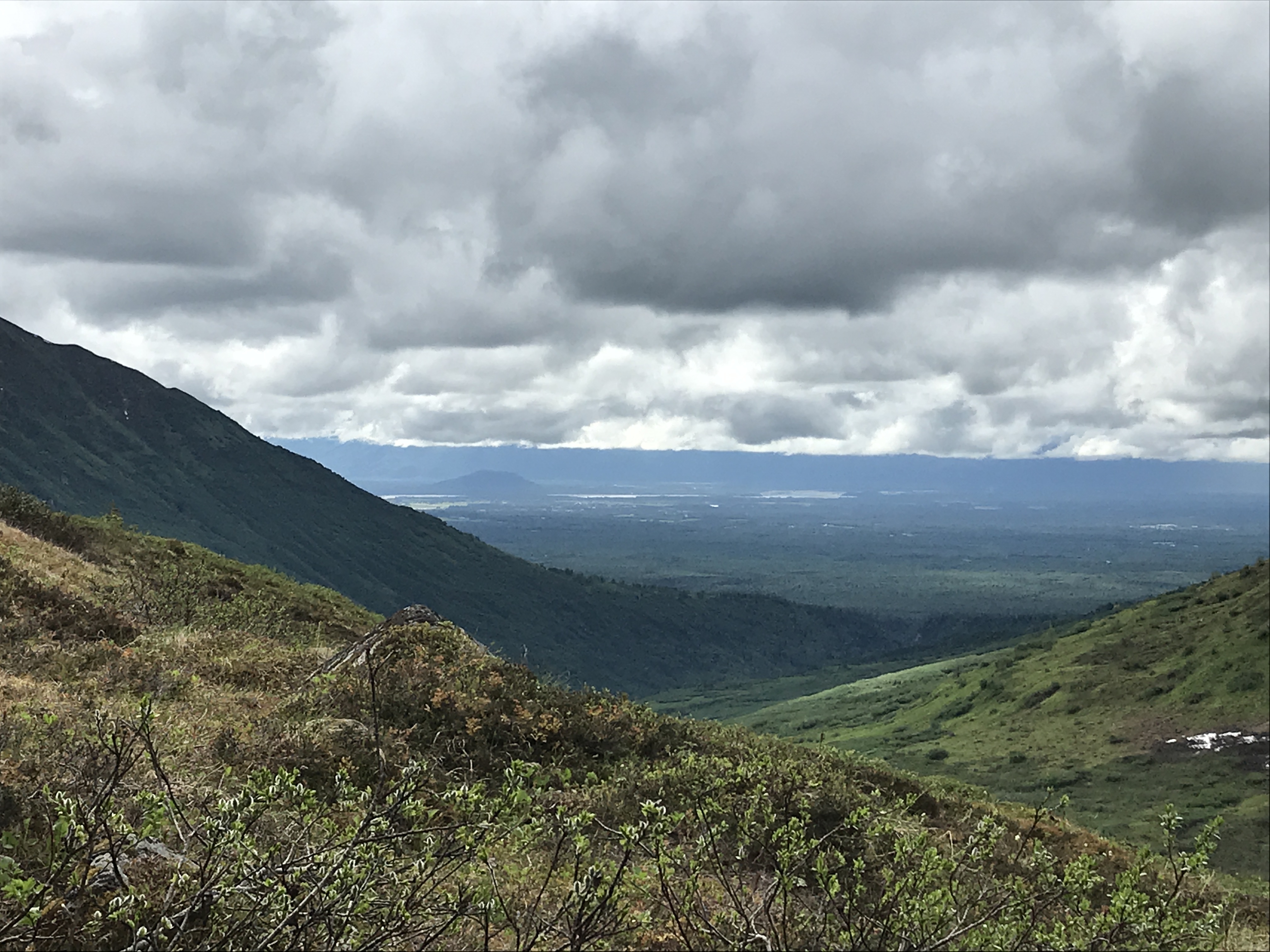 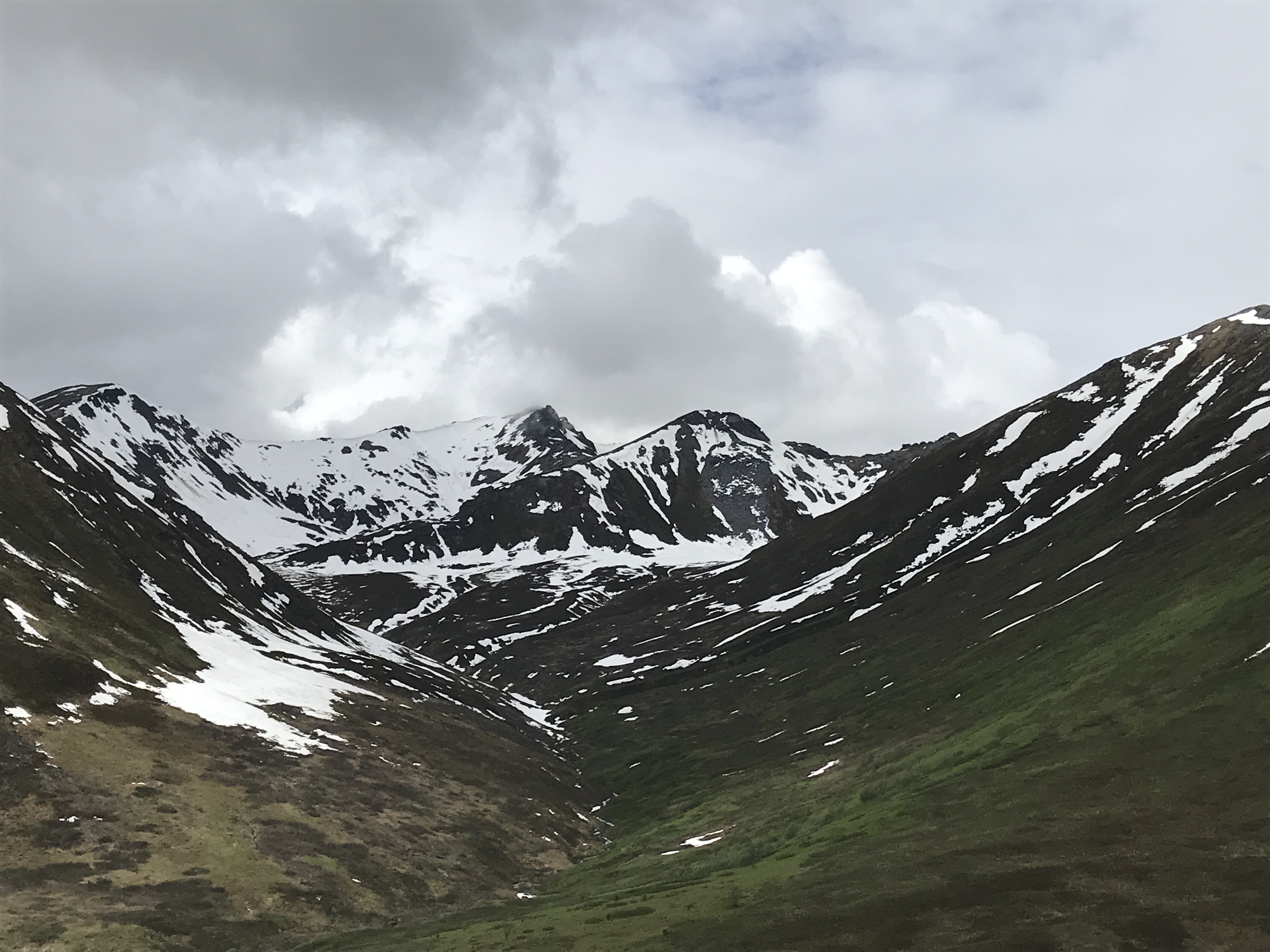 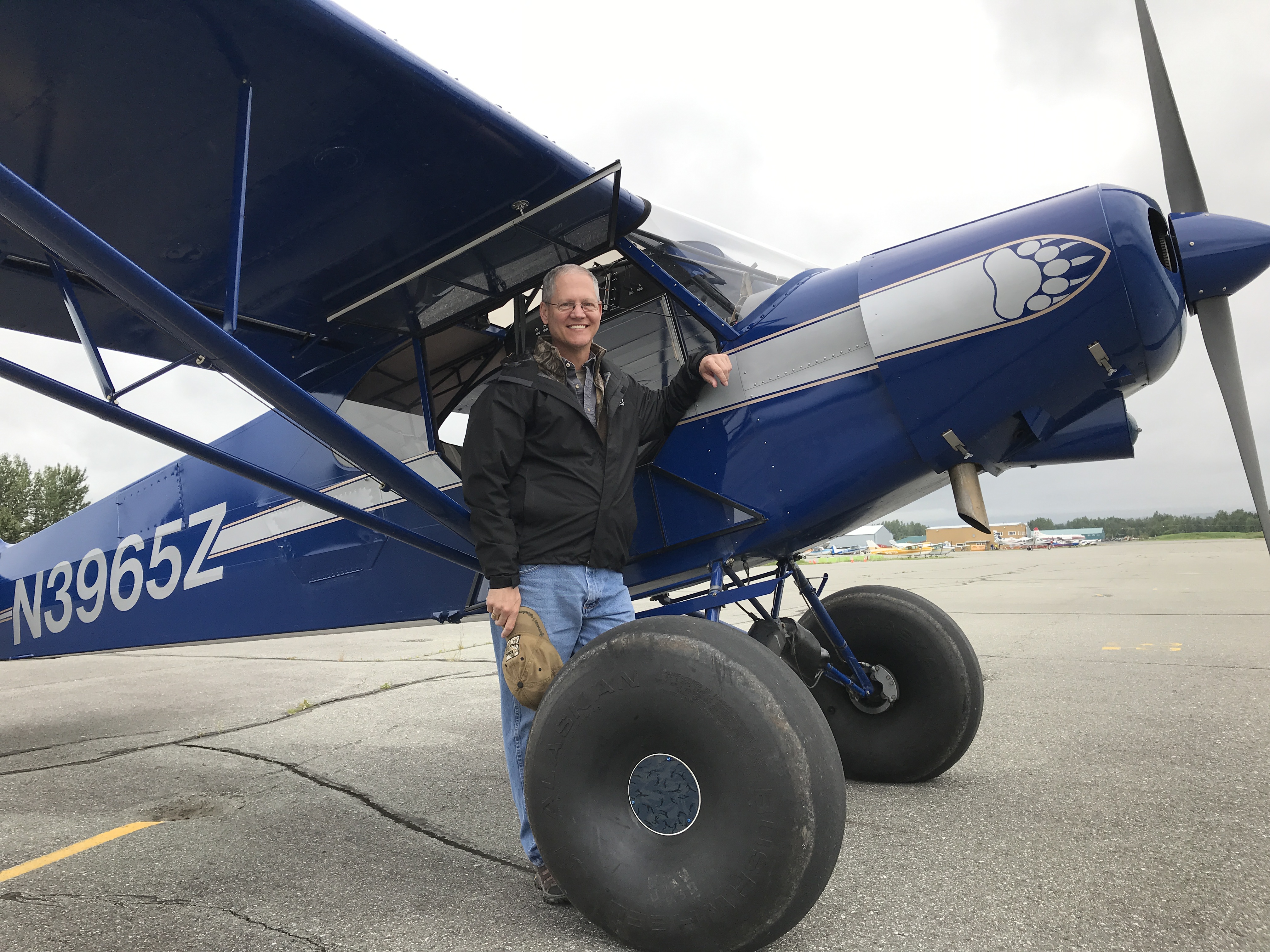 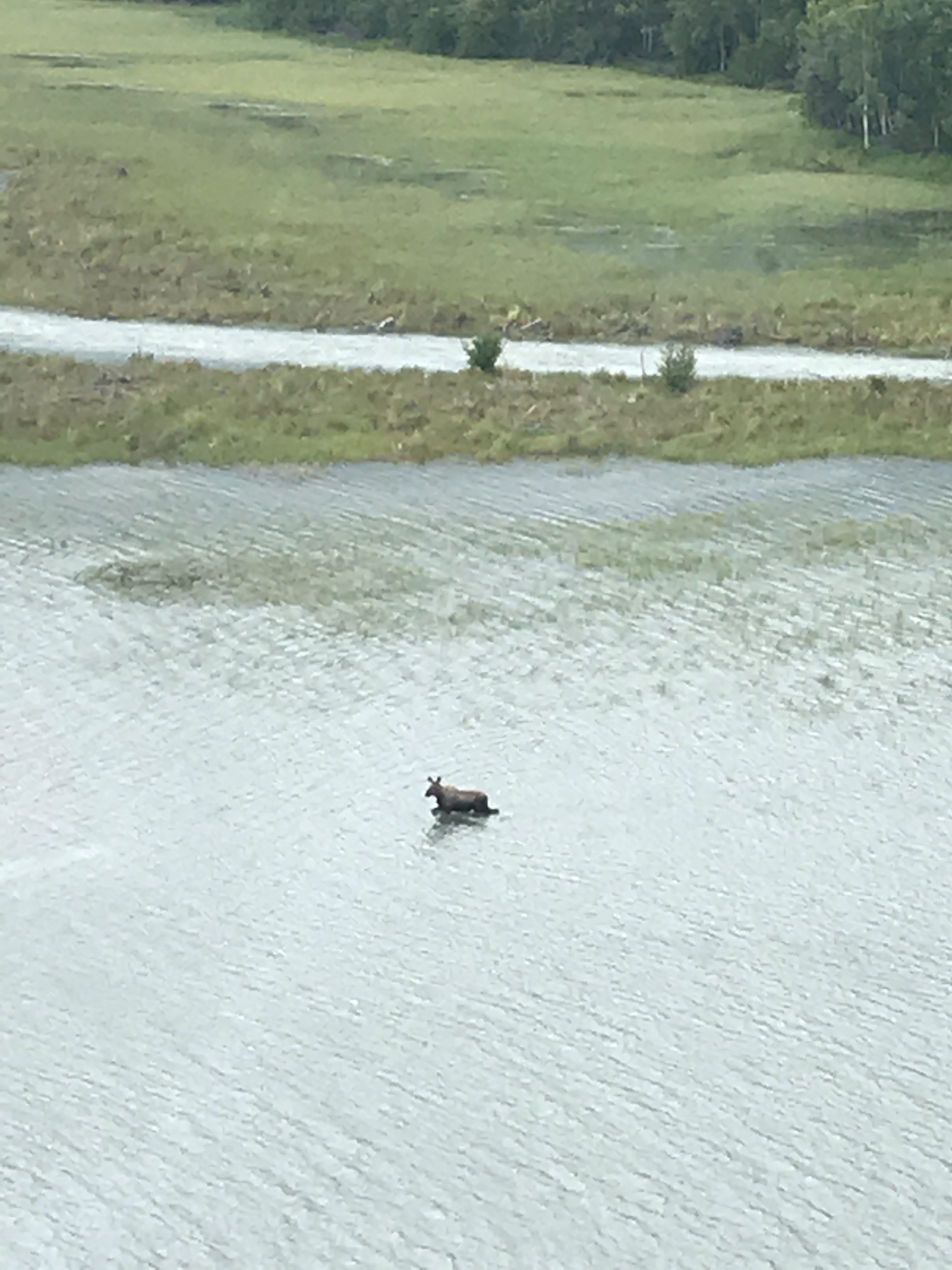 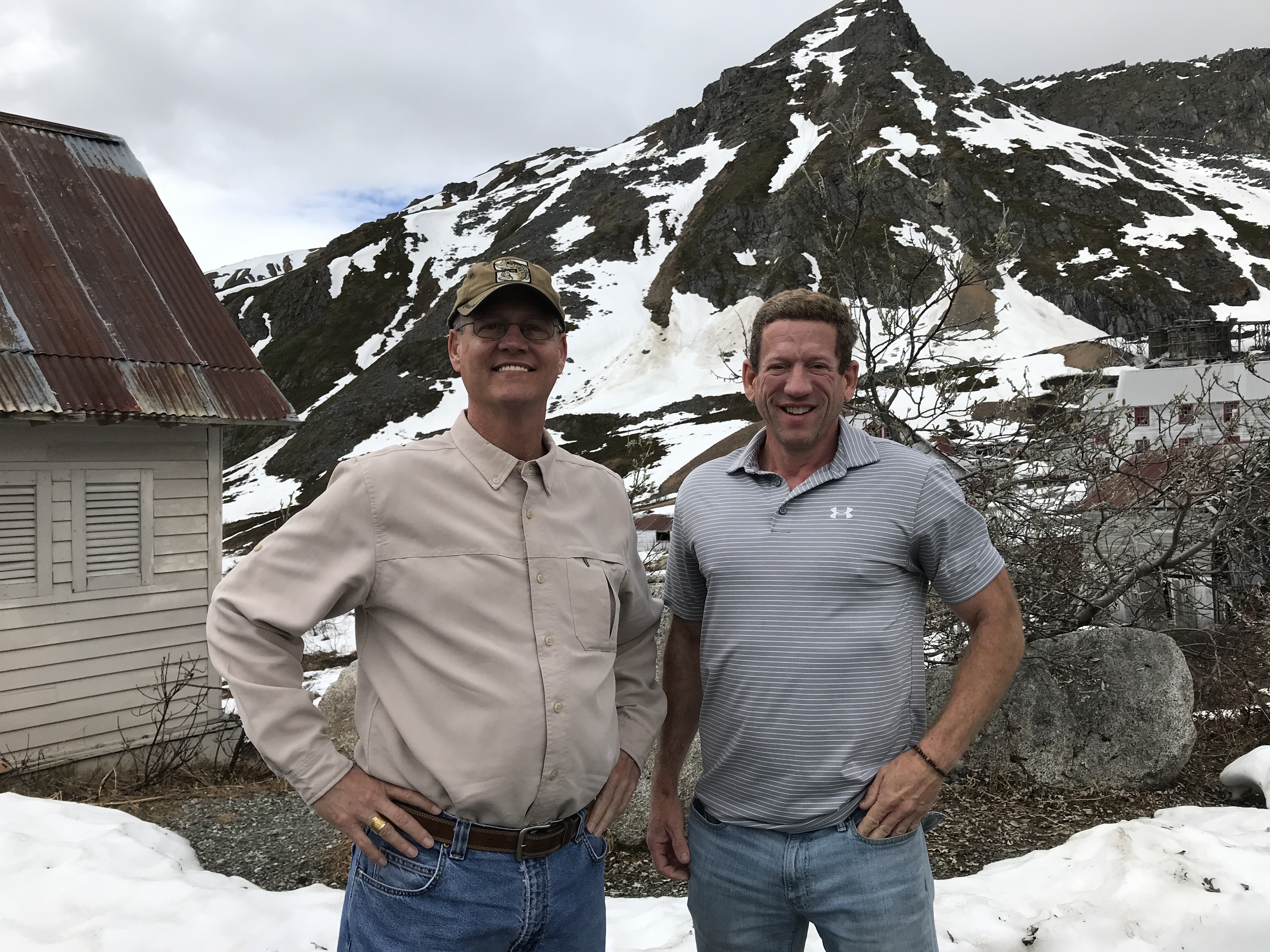