Labor Day and the Dignity of Human Work

Published by Archbishop Etienne on September 7, 2015 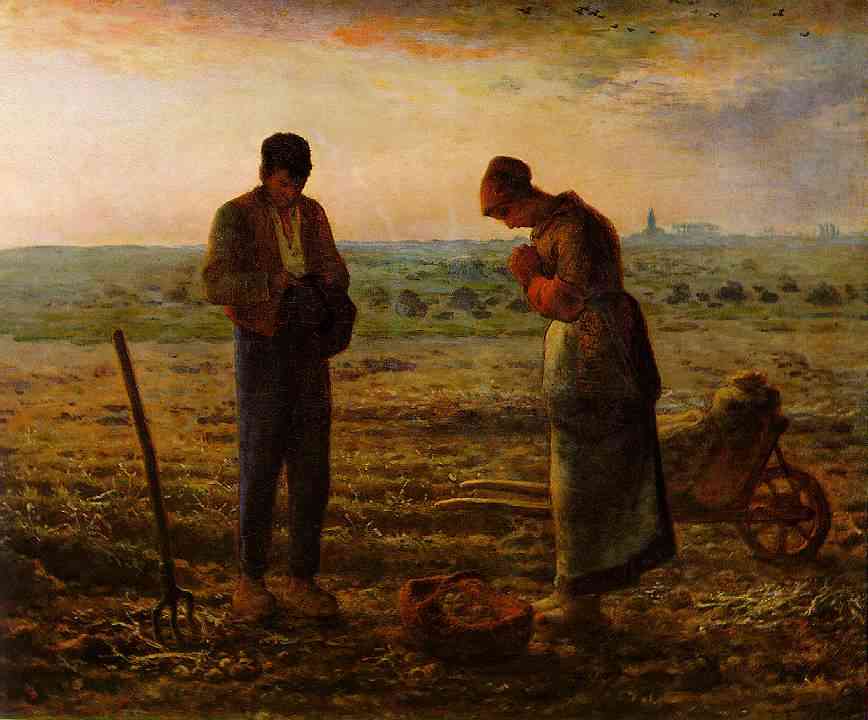 On this Labor Day, we give thanks to God for the dignity of human labor.  Think of the many families that are supported through the labor of individuals.  I remember well the life my family had due to the hard work of my father, and of the loving care of our home and family by my mother.  We did not have a lot, and we did not take fancy vacations, but what we had were lots of good memories as a family.

Each of us children had our own chores to perform as well.  On Saturday’s, there was no TV until all of the house chores were done.  From an early age, we learned to take responsibility for the common good of the family and home, and that eventually led to other initiatives by which we began to earn a little of our own income.  By the time I reached high school, I was able to pay for some of my own clothes, as well as an old car and its upkeep.

It felt good to work, to do a good job, no matter what the task, and begin to build a good reputation.  These are just a few of the indicators of the dignity that is a part of human labor.  Work and family go hand-in-hand, as recently reflected in the annual Labor Day statement by the US Conference of Catholic Bishops.

Our Holy Father Pope Francis also spoke eloquently about the dignity of labor as a part of God’s plan for the human family:

Therefore, work too, like celebration, is part of God’s creative plan. In the Book of Genesis, the theme of the earth like a back yard, entrusted to the care and cultivation of man (2, 8:15), is anticipated by a very moving passage: “In the day that the Lord God made the earth and the heavens, when no plant of the field was yet in the earth and no herb of the field had yet sprung up — for the Lord God had not caused it to rain upon the earth, and there was no man to till the ground; but a mist went up from the earth and watered the whole face of the ground” (2:4-6). It’s not romanticism, it is God’s revelation; and we are responsible for understanding and implementing it. The Encyclical Laudato Si’, which proposes an integral ecology, also contains this message: the beauty of the earth and the dignity of work were made to be united. The two go together: the earth becomes beautiful when it is worked by man. When work is detached from God’s covenant with man and woman, and it is separated from its spiritual qualities, when work is held hostage by the logic of profit alone and human life is disregarded, the degradation of the soul contaminates everything: even the air, water, grass, food … the life of society is corrupted and the habitat breaks down. And the consequences fall most of all on the poor and on poor families. The modern organization of work sometimes shows a dangerous tendency to consider the family a burden, a weight, a liability for the productivity of labour. But let us ask ourselves: what productivity? And for whom? The so-called “smart city” is undoubtedly rich in services and organization; but, for example, it is often hostile to children and the elderly. At times those in charge are interested in managing individuals as a workforce, assembling and utilizing them or throwing them away on the basis of economic benefit. The family is a great workbench. When the organization of work holds it hostage, or even blocks its path, then we can be certain that human society has begun to work against itself! (Pope Francis, General Audience, August 19, 2015)

So, if you have the ability to work and support yourself and your family, give thanks to God.  Let us also keep in mind those who are without work; those families who struggle just to find a safe place to live.  If we are in a position to assist others who are in need, let us never fail to offer a helping hand, and especially in a manner that helps others maintain their basic human dignity.