Published by Archbishop Etienne on October 12, 2011

Before Mass, I got a glimpse of the excitement the whole day would hold. When I stepped out the door from my bedroom early this morning, I was greeted by a calf moose, no more than ten yards from me. Her mother was not far ahead.  I took some pictures, but there was not enough daylight to allow for a good picture.

After Mass, my host and I went to an undisclosed location to fly fish for 3 hours or so.  We fished a small stream and caught several nice cut throat trout.  No cameras were along for this part of the day, but the fishing was great today.

We got back home for about an hour break before heading up to Teton Park to try to find some elk.  We had quite a show this evening.  We saw two different groups of elk, each with one six by six and a satellite bull, and the bugleing was extensive, and quite majestic.  The second group we saw were easily within 300 yards, and with binoculars, we had some good viewing.

But, the best event happened once we left the first group of elk.  While looking for more, we saw a cow moose and her calf.  While we were watching them outside one side of the vehicle, a nice size bull moose approaced within ten yards of our vehicle from the other side of the road.  He was young, but quite impressive.  So, he gets the picture of the day! 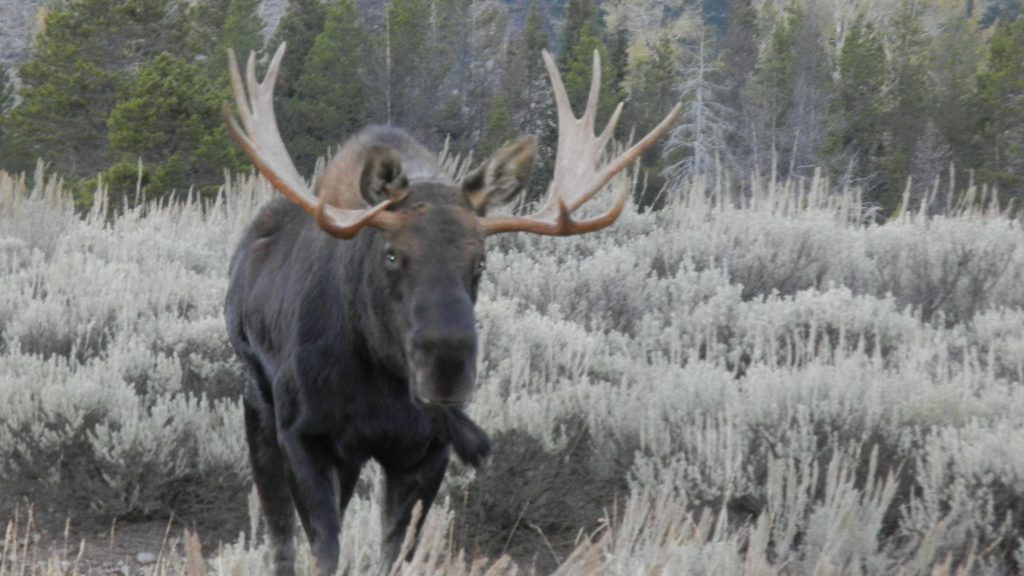