Published by Archbishop Etienne on March 13, 2022 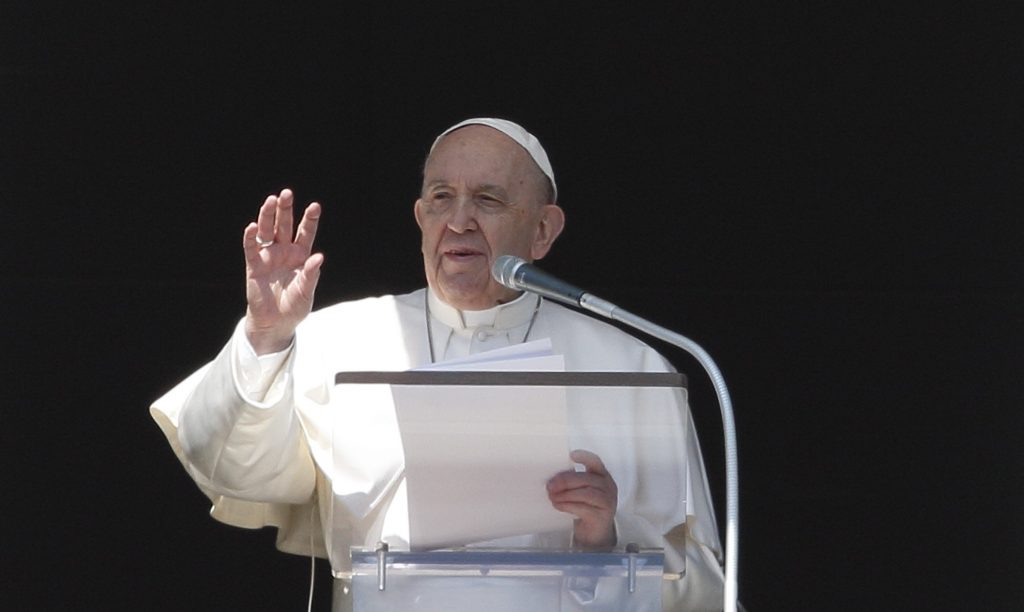 Pope Francis greets the crowd as he leads the Angelus from the window of his studio overlooking St. Peter’s Square at the Vatican March 13, 2022. Appealing again for peace in Ukraine, Pope Francis said those who support violence profane the name of God. (CNS photo/Paul Haring)

From Pope Francis after today’s Angelus in Rome, a call for renewed and even deeper prayer for peace in the Ukraine.

Brothers and sisters, we have just prayed to the Virgin Mary. This weekend, the city that bears her name, Mariupol, has become a city martyred by the ruinous war that is devastating Ukraine. Faced with the barbarism of the killing of children, and of innocent and defenceless citizens, there are no strategic reasons that hold up: the only thing to be done is to cease the unacceptable armed aggression before the city is reduced to a cemetery. With an aching heart I add my voice to that of the common people, who implore the end of the war. In the name of God, listen to the cry of those who suffer, and put an end to the bombings and the attacks! Let there be real and decisive focus on the negotiations, and let the humanitarian corridors be effective and safe. In the name of God, I ask you: stop this massacre!

I would like once again to urge the welcoming of the many refugees, in whom Christ is present, and to give thanks for the great network of solidarity that has formed. I ask all diocesan and religious communities to increase their moments of prayer for peace. God is only the God of peace, he is not the God of war, and those who support violence profane his name. Now let us pray in silence for those who suffer, and that God may convert hearts to a steadfast will for peace.