Published by Archbishop Etienne on July 30, 2013

Recently I was speaking with someone who was having a difficult moment. The basic issue at hand was a proper understanding of her own beauty, which means being able to see herself as God sees her.

Life can be difficult, and our many experiences, particularly as young people, begin to form the way we think about our self.  When enough bad experiences add up, depending upon our personality and chemistry, we can begin to think very negatively of our self, and even of others, God, and the world.

One of the critical challenges of our time is to recover a proper understanding of the human person, namely as being created by God and for God.  Today’s feast of St. Peter Chrysologus provides one of his many beautiful writings which speaks to this particular need.  I offer portions of his thought here:

Why then, man, are you so worthless in your own eyes and yet so precious to God?  Why render yourself such dishonor when you are honored by him?  Why do you ask how you were created and do not seek to know why you were made?  Was not this entire visible universe made for your dwelling?  It was for you that the light dispelled the overshadowing gloom; for your sake was the night regulated and the day measured, and for you were the heavens embellished with the varying brilliance of the sun, the moon and the stars. 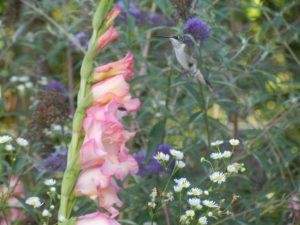 The earth was adorned with flowers, groves and fruit; and the constant marvelous variety of lovely living things was created in the air, the fields, and the seas for you, lest sad solitude destroy the joy of God’s new creation.  And the Creator still works to devise things that can add to your glory.  He has made you in his image that you might in your person make the invisible Creator present on earth; he has mad you his legate, so that the vast empire of the world might have the Lord’s representative.  Then in his mercy God assumed what he made in you; he wanted now to be truly manifest in man, just as he had wished to be revealed in man as in an image.  Now he would be in reality what he had submitted to be in symbol.

And so Christ is born that by his birth he might restore our nature.  He became a child, was fed, and grew that he might inaugurate the one perfect age to remain for ever as he had created it.  He supports man that man may no longer fall.  And the creature he had formed of earth he now makes heavenly; and what he had endowed with a human soul he now vivifies to become a heavenly spirit.

Let us strive today to treat self and others with proper respect, compassion and love.