Published by Archbishop Etienne on May 19, 2020 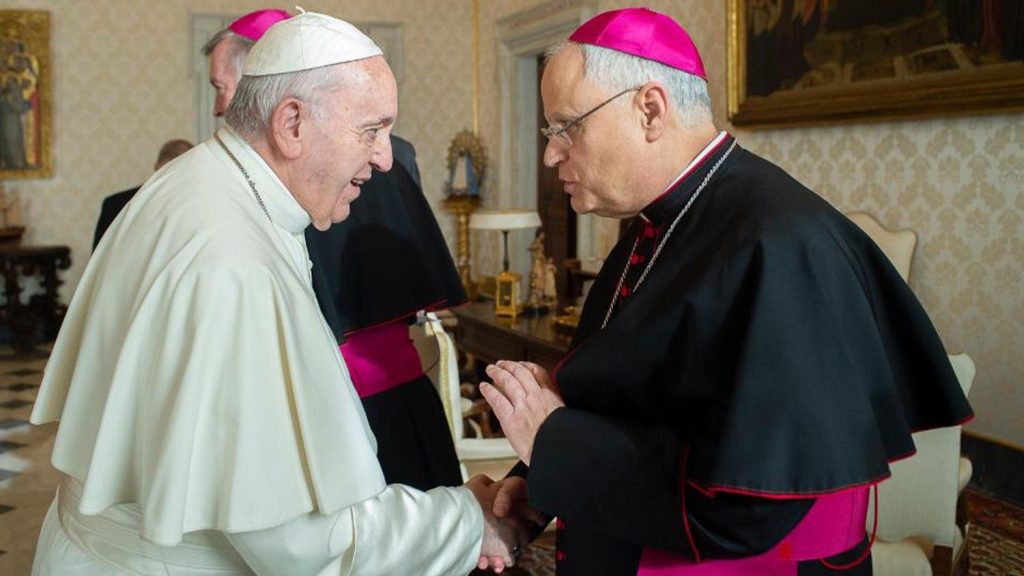 Today is another historic day for the Catholic community of Alaska. At Rome noon today, Pope Francis announced the creation of a new Metropolitan Archdiocese of Anchorage – Juneau. The Holy Father created this new ecclesiastical territory by merging the Archdiocese of Anchorage and the Diocese of Juneau. At the same time, he has named the first Archbishop of this Archdiocese Most Reverend Andrew Bellisario, CM.

Congratulations, Archbishop-elect Bellisario! and all the Catholic people of God in Alaska south of Denali!

After my two and a half years as Archbishop of Anchorage (the last person to serve under that title!) I came to know and love many people in Alaska, along with the incredible grandeur of that Great Land. Even now as the Archbishop of Seattle, I still have a strong link to them.

The native people of Alaska will always hold a special place in my heart, and have been there since – well – time began? They are indeed the People of the Land and First Nation people.

The first Mass in Alaska was likely celebrated in the Spring of 1779. In its earliest days, the Catholic Church in Alaska was under the Bishop of Vancouver Island. In 1867 The United States purchased Alaska, which eventually led to the arrival of numerous missionaries, men and women religious who established the Catholic faith in Alaska.

In 1895 the Church in Alaska was separated from the Diocese of Vancouver Island. Then, in 1904 a priest by the name of Joseph Crimont, SJ was named Prefect Apostolic of Alaska. In 1916 Alaska was raised to a Vicariate Apostolic and Fr. Crimont was named the First Bishop.

Fr. Joseph Crimont, SJ was consecrated Bishop for Alaska on the Feast of St. James the Apostle, July 25, 1917, in the cathedral of St. James in Seattle. The Most Reverend Alexander Christie, Archbishop of Oregon City was the consecrating bishop.

In 1951, the ecclesiastical jurisdictions of Alaska were changed, creating the Apostolic Vicariate of Northern Alaska including all of northern and western Alaska (which would late become the Diocese of Fairbanks) while at the same time creating the Diocese of Juneau, which included all of Southeast Alaska and the vast majority of what was up until today, the Archdiocese of Anchorage.

On February 9, 1966, Pope Paul VI created the Metropolitan Archdiocese of Anchorage out of the Northern Territory of the Diocese of Juneau.

With today’s decree from Pope Francis, Juneau and Anchorage are ‘together again’ as the new Archdiocese of Anchorage – Juneau.

Historical notes of Alaska from Alaska’s Archdiocese: Faith in the Far North, 2016.