Published by Archbishop Etienne on July 26, 2014

Three years ago next month, I and Fr. Steve Titus had an incredible day of fishing on the North Platte out of Saratoga.  Thursday, we made the same float once again.  We had the good fortune of having Jeremy as our guide once again.  Half way into the drive over the mountain to our landing, Jeremy asked, “Do you remember the size of that Brown Trout you caught the last time?”  I may have grown the fish by two inches from Jeremy’s recollection.  Evidently, that fish left quite an impression on a number of folks that day.  His memory of the event was far more vivid than my own.

We put in at the Bennet Peak landing and floated to Treasure Island.  While each of us caught our share of fish, I had the good fortune to catch three different species of trout, all three of which were good size, meaning in the 18 inch range.  Though the outing three years ago netted a once in a lifetime Brown Trout, this outing was equally satisfying. 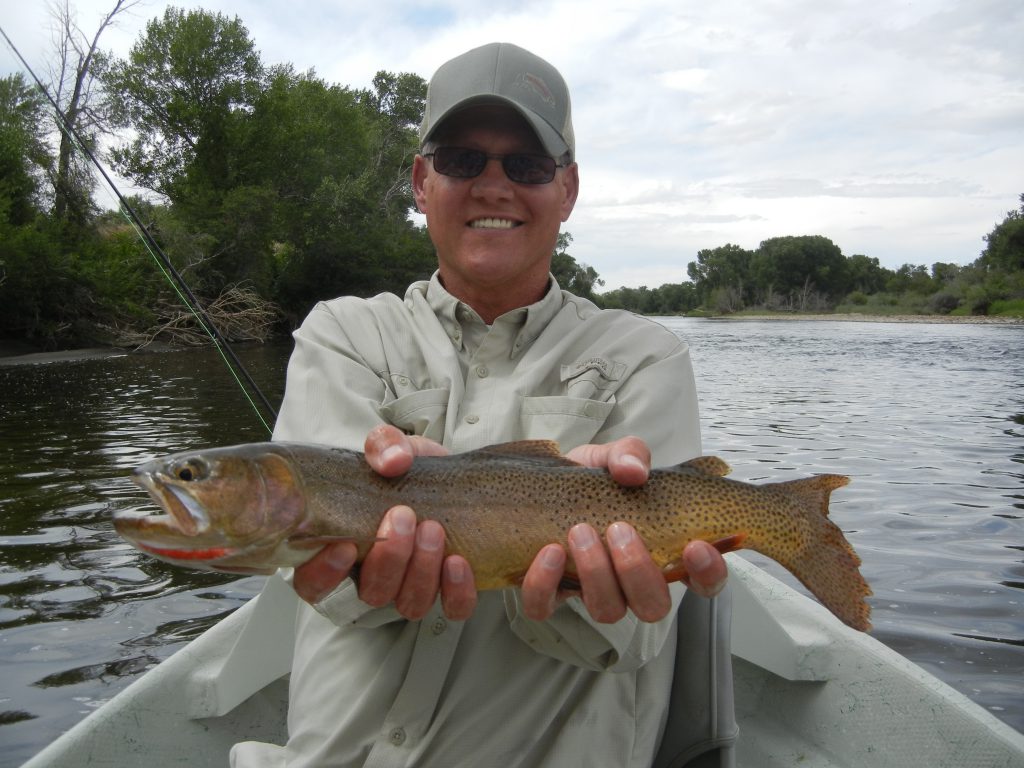 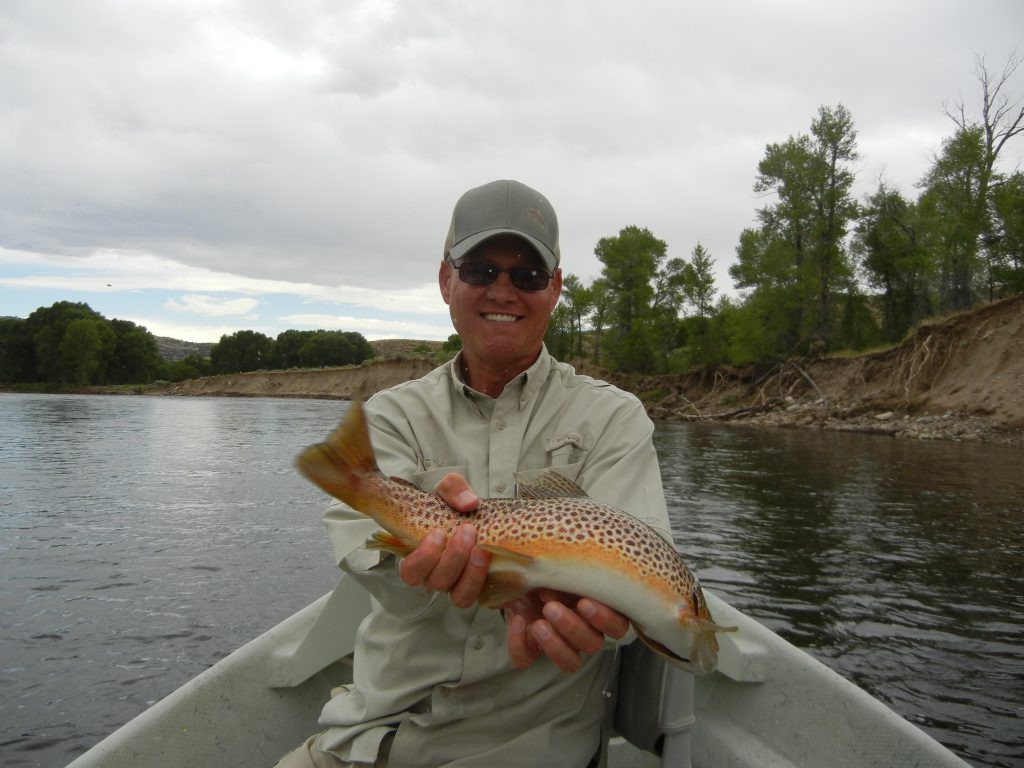 Brown Trout (jumping out of my hands – not unlike his grandpa three years ago!) 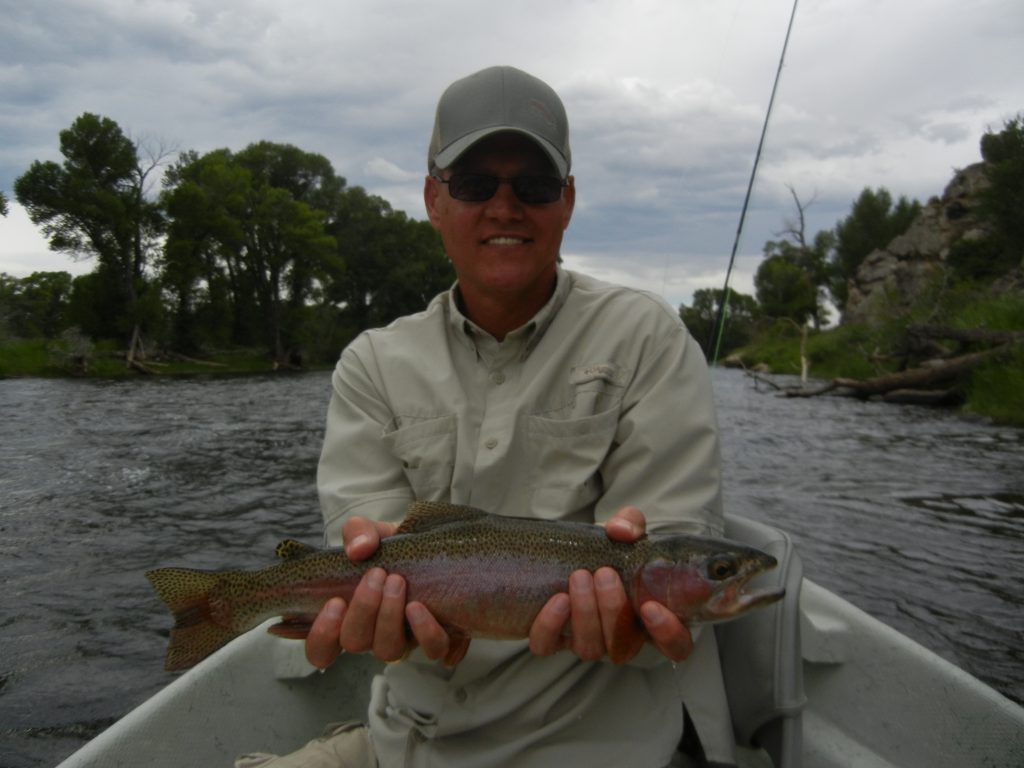