Visits to Immaculate Conception in Seattle & St. Michael in Snohomish 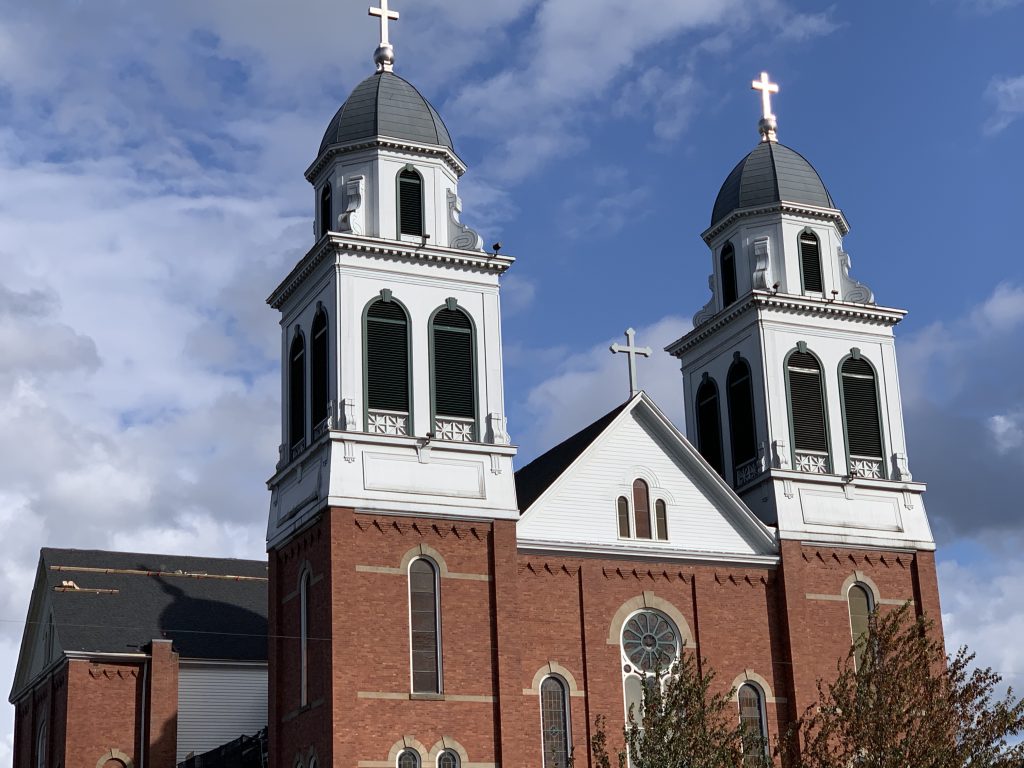 Over the weekend I made it to two more parishes for Mass and visits.

Wonderful to hear your stories of getting out to the parishes, Archbishop Etienne. I think the oldest standing Catholic church in western Washington is, however, Immaculate Conception at Steilacoom:
https://stjbosco.org/immaculate-conception

It is also just ‘up the hill’ from Seattle University.  Hear that you young people at Seattle U? You are welcome here anytime!

This neighborhood is undergoing quite a transition at the moment. I walk in this area regularly, and many of the old homes are being refurbished, and many new homes are going up in the place of older ones that have been torn down.

I received a warm welcome from the pastor, Fr. Maurice Mamba, as well as the Permanent Deacon, Rev. Mr. Joseph Connor and his wife, Barbara. There was ample opportunity to greet parishioners after Mass and then I joined also was invited to stay for dinner in the rectory with a few people.

On Sunday, I travelled to Snohomish to bless a new parish hall and celebrate one of the Sunday Masses at St. Michael. As you know, Sunday was the Feast day of the Archangels. Fr. Michael Dion is pastor of St. Michael in this lovely community.  Also present for the blessing was their former pastor, Fr. Milhton Scarpetta.  I arrived just as a large gathering of the Hispanic community concluded Mass.  The blessing of the new parish space took place in between the Masses.

After  a well attended Mass, and greeting many of the parishioners, there was a drawing to give away several nice prizes. The gentleman who orchestrated the donation of the main prize, a used car, was truly embarrassed when I drew his name! The proceeds of course were for reducing the debt on the new building!

Below you will find a slideshow of some of the pictures from these two parish visits. First, I wish to share with you a powerful moment I experienced during Mass at Immaculate Conception Saturday evening.  Note the picture below, then read the story which follows: 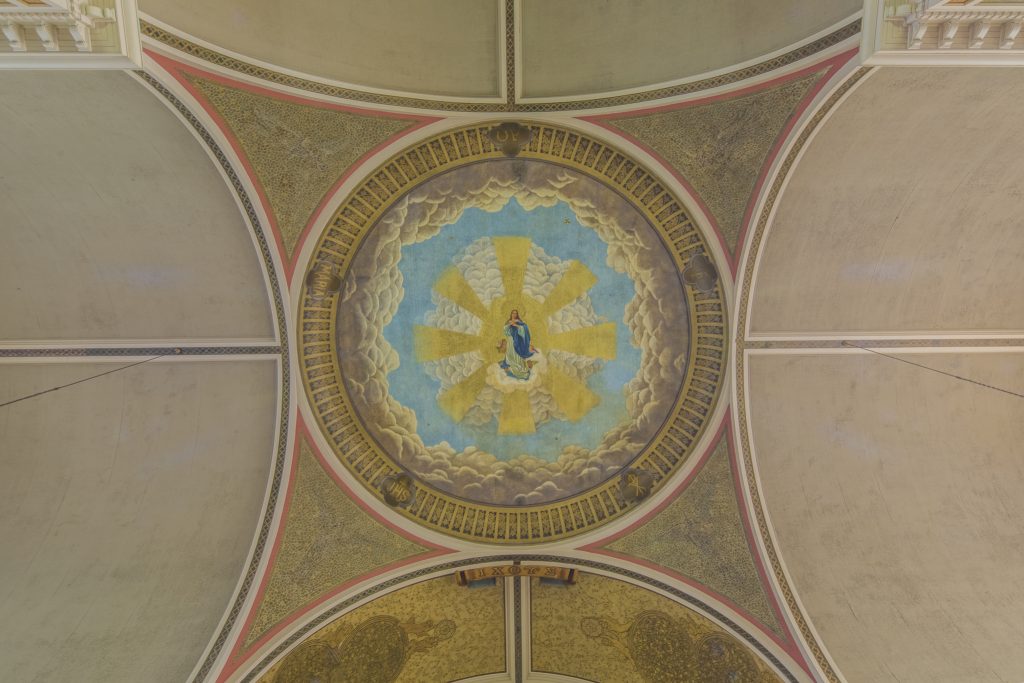 Before Mass, Fr. Maurice gave me a tour of the interior of the church, and I was quite taken by the size of the church, as well as the beautiful image of the Immaculate Conception in the ceiling.

As every Catholic knows, during the Eucharistic Prayer, as the bread is changed into the Body of Christ, and as the wine becomes the Blood of Christ, the priest / presider elevates the Consecrated Host, and then again, the Chalice of the Precious Blood.  During both of these actions, I was deeply moved to be gazing beyond the Body and the Blood to the heavenly scene above …

This was such a powerful ‘teaching’ of what takes place during every Eucharist, namely, heaven opens, and our Eucharistic celebration participates in the Heavenly Liturgy. Heaven and earth become one in this highest form of our prayer, which is the Eucharist. This was such a beautiful moment, and a great reminder for us all.

Mass is much more than just a Sunday obligation! Just saying …. 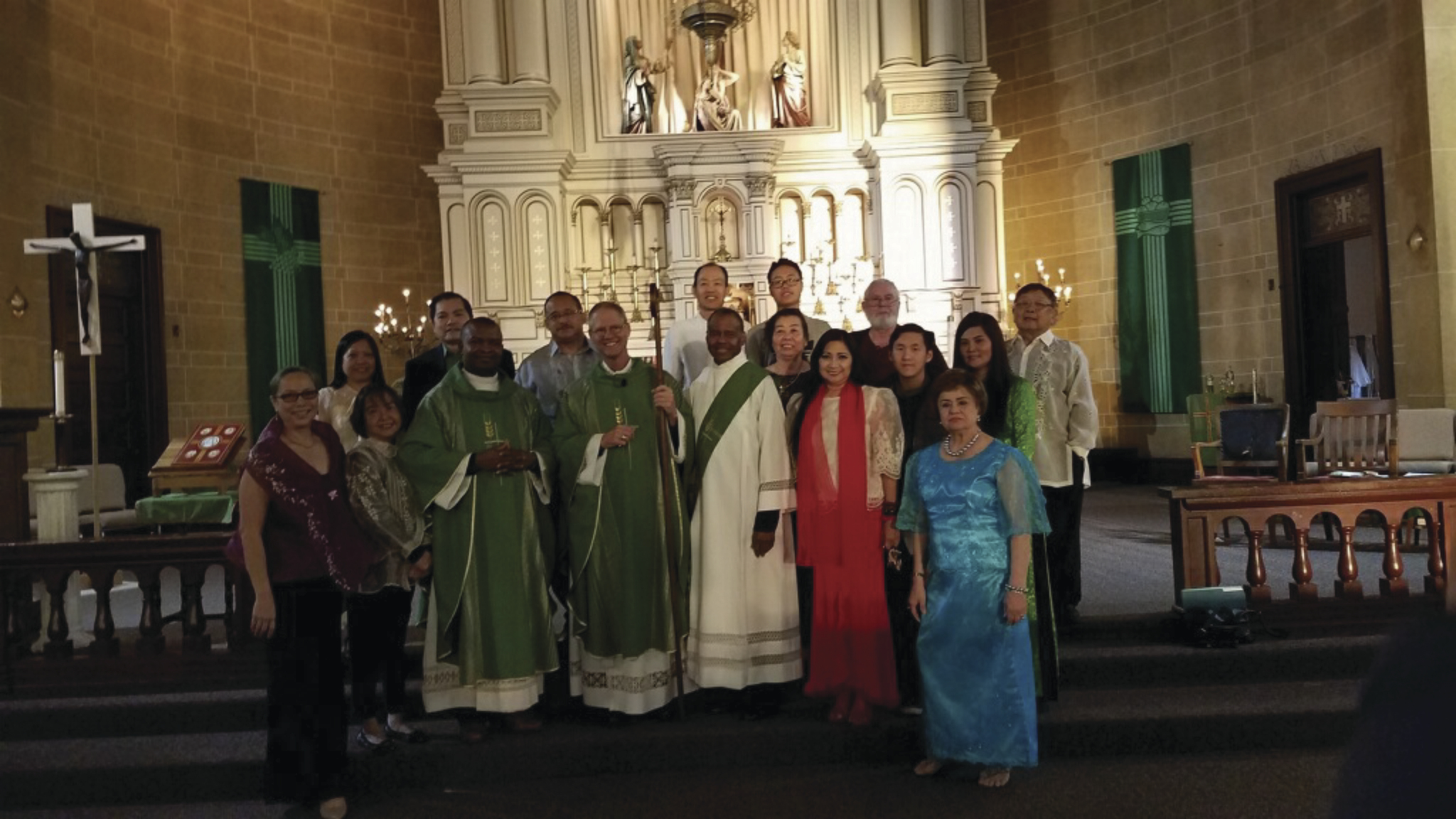 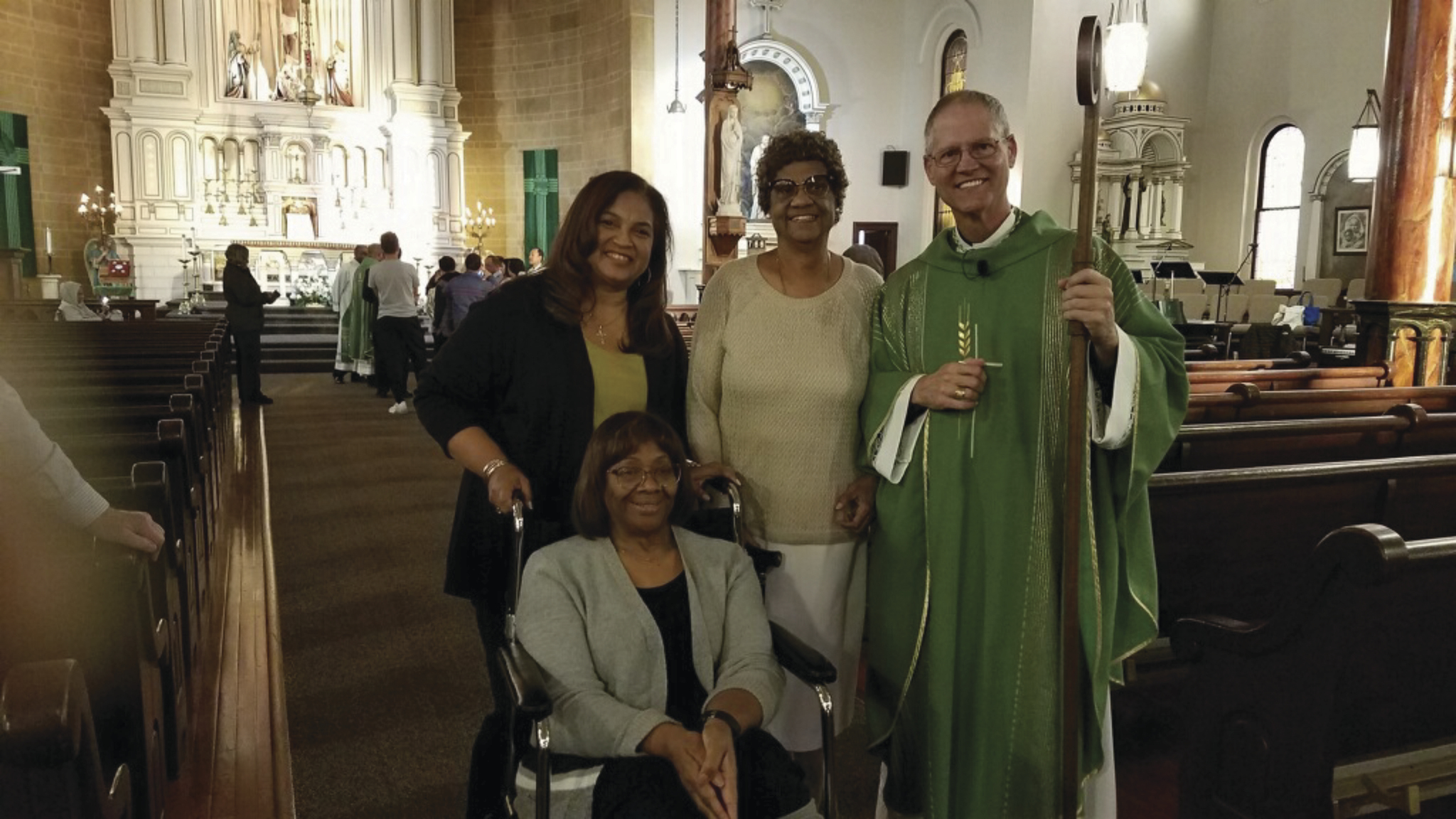 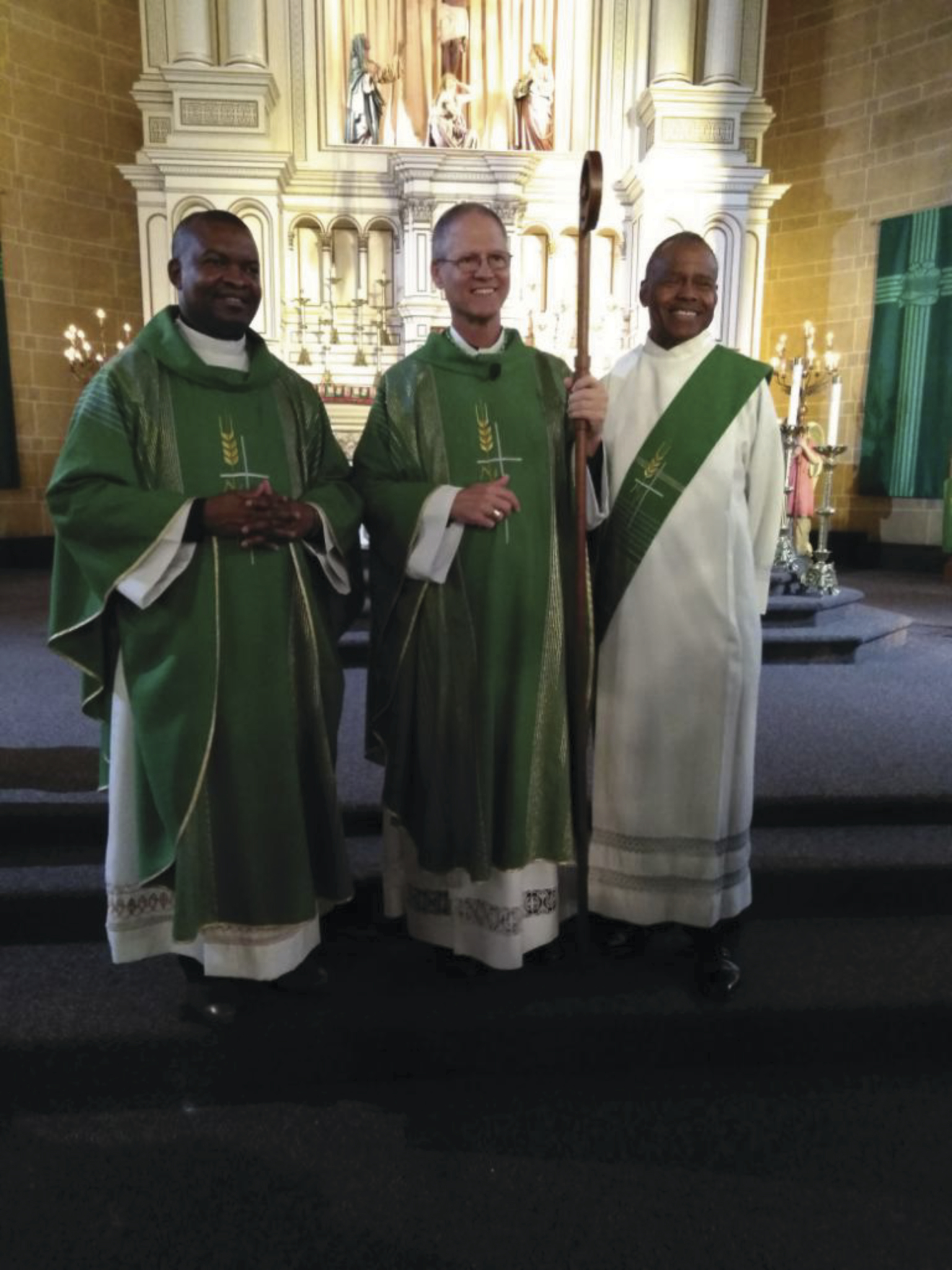 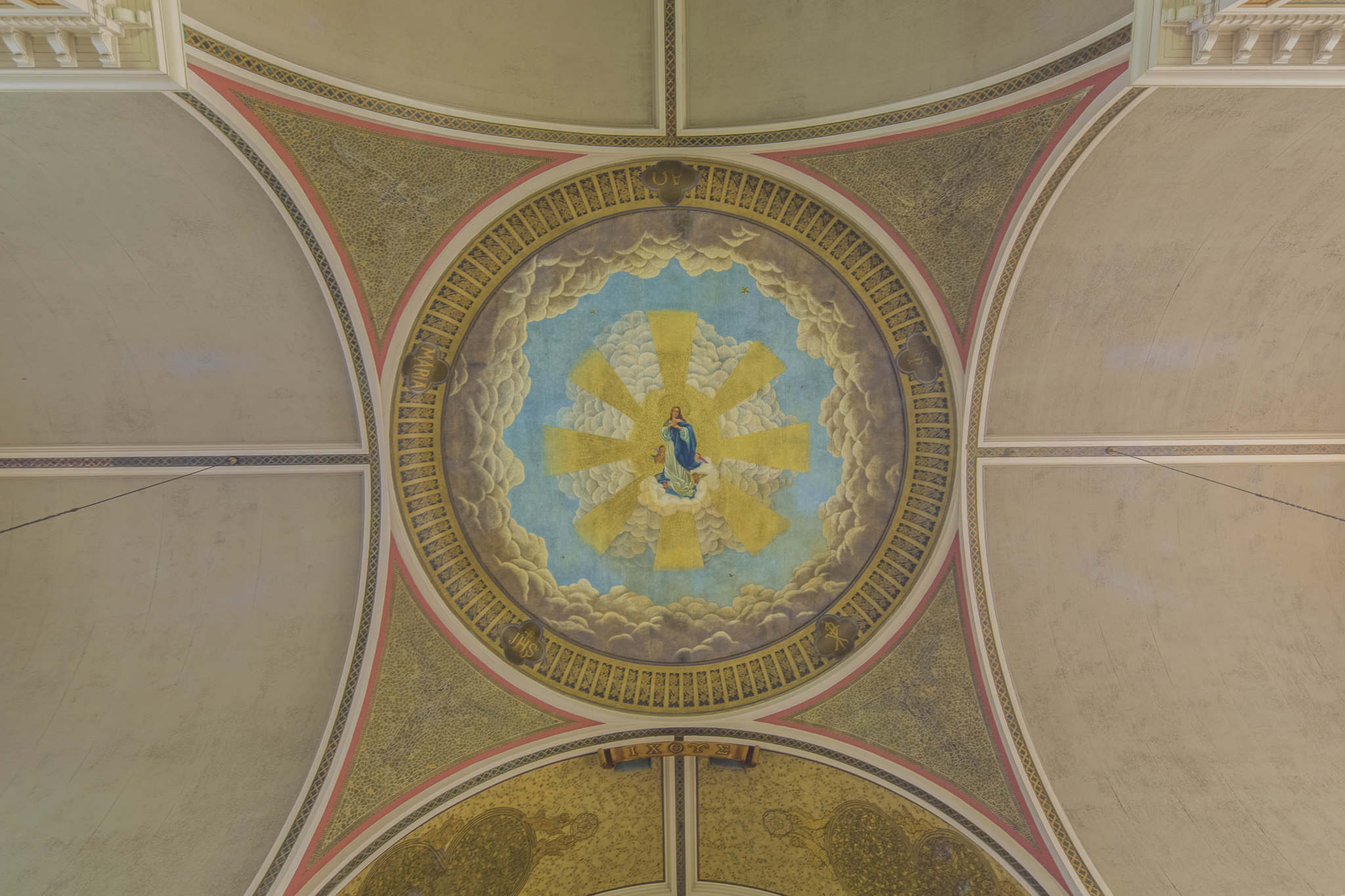 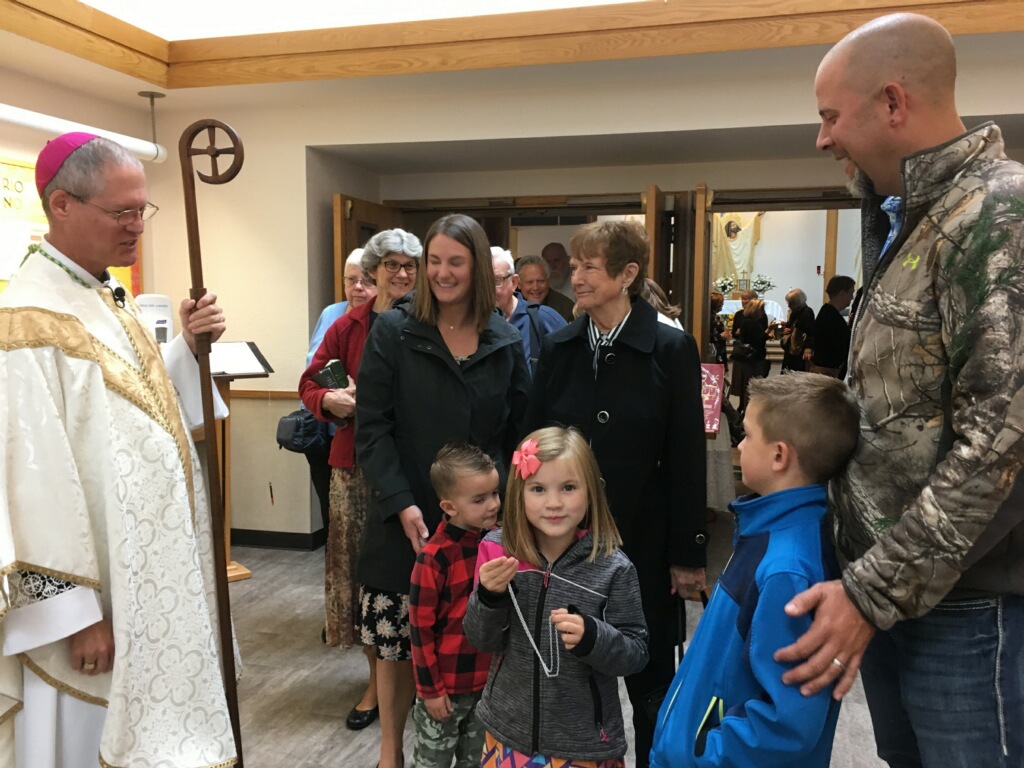 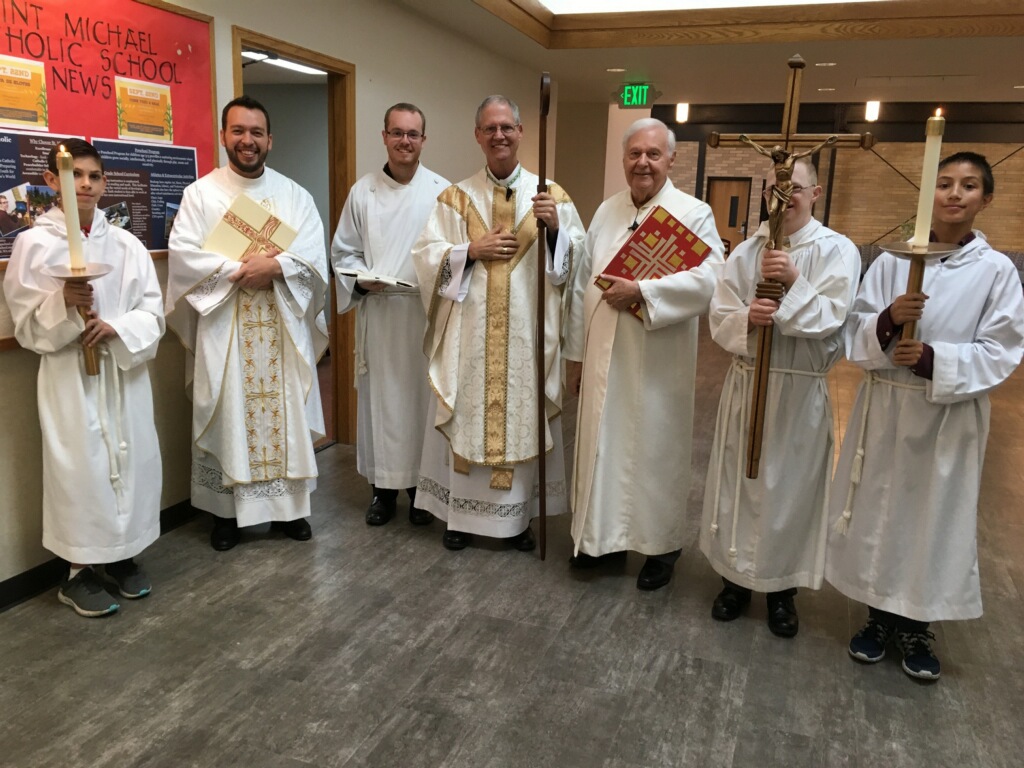 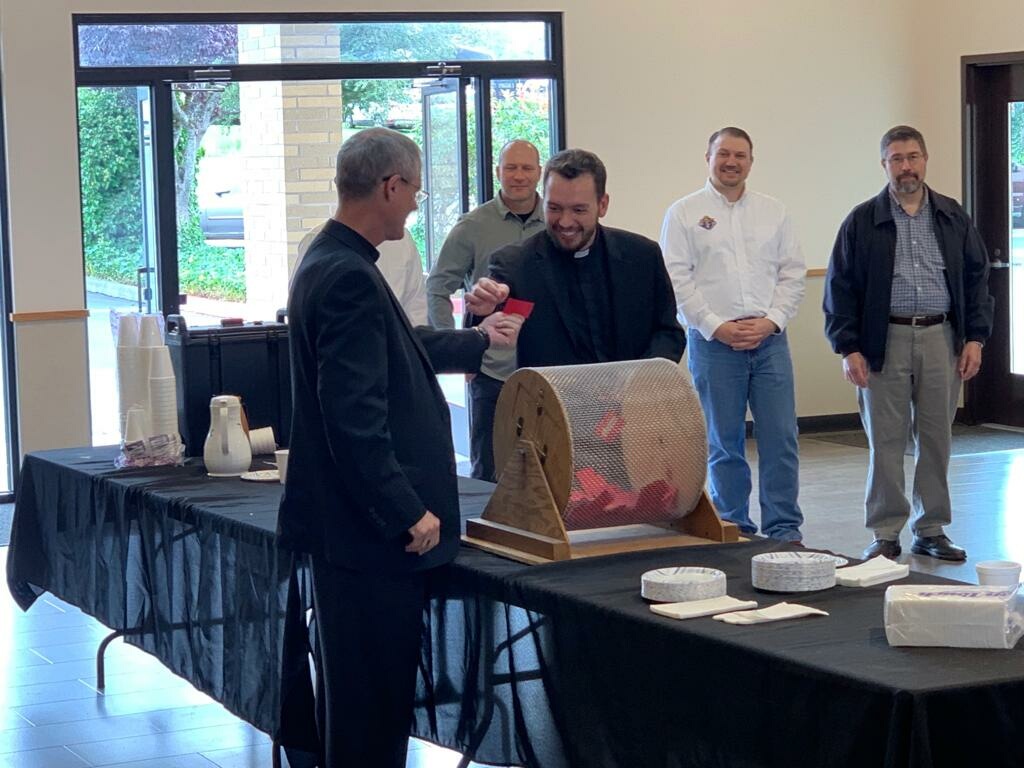 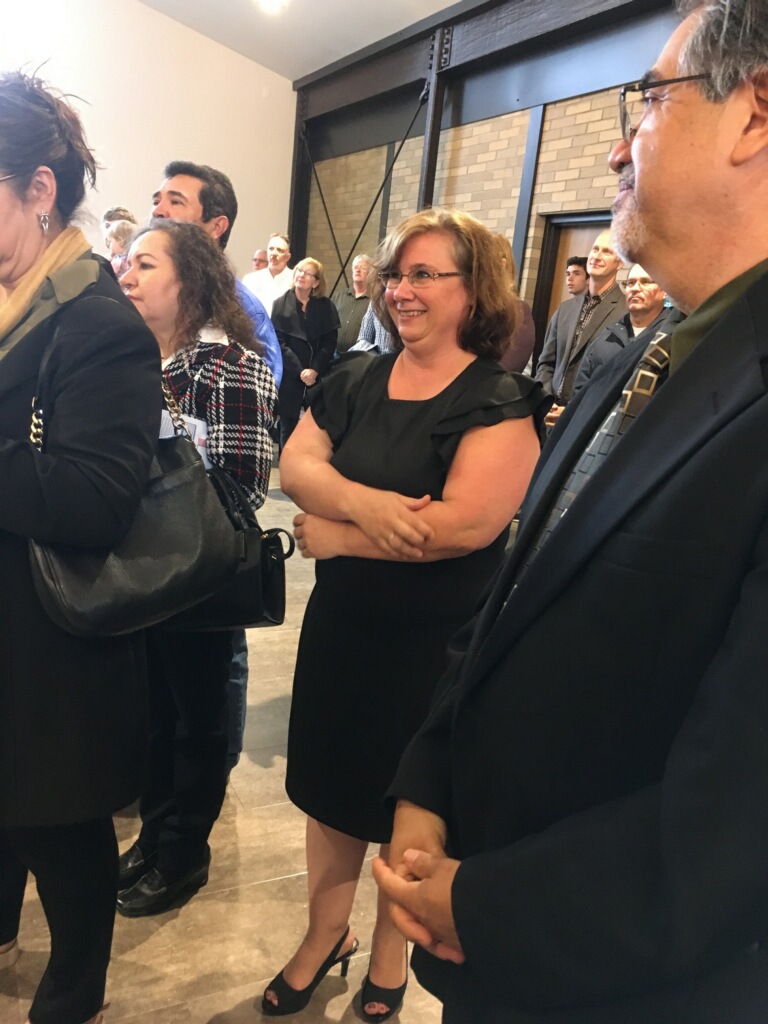 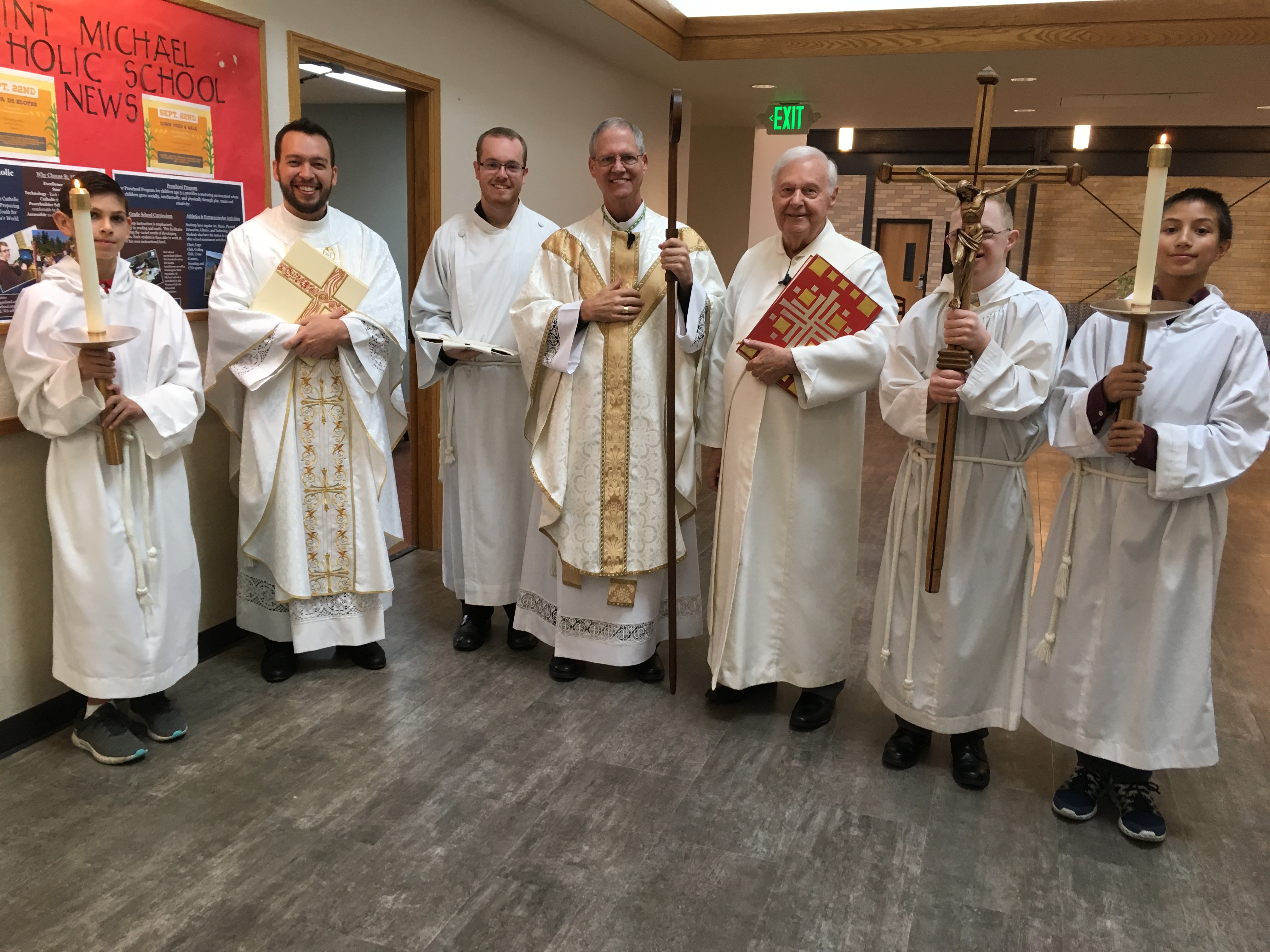 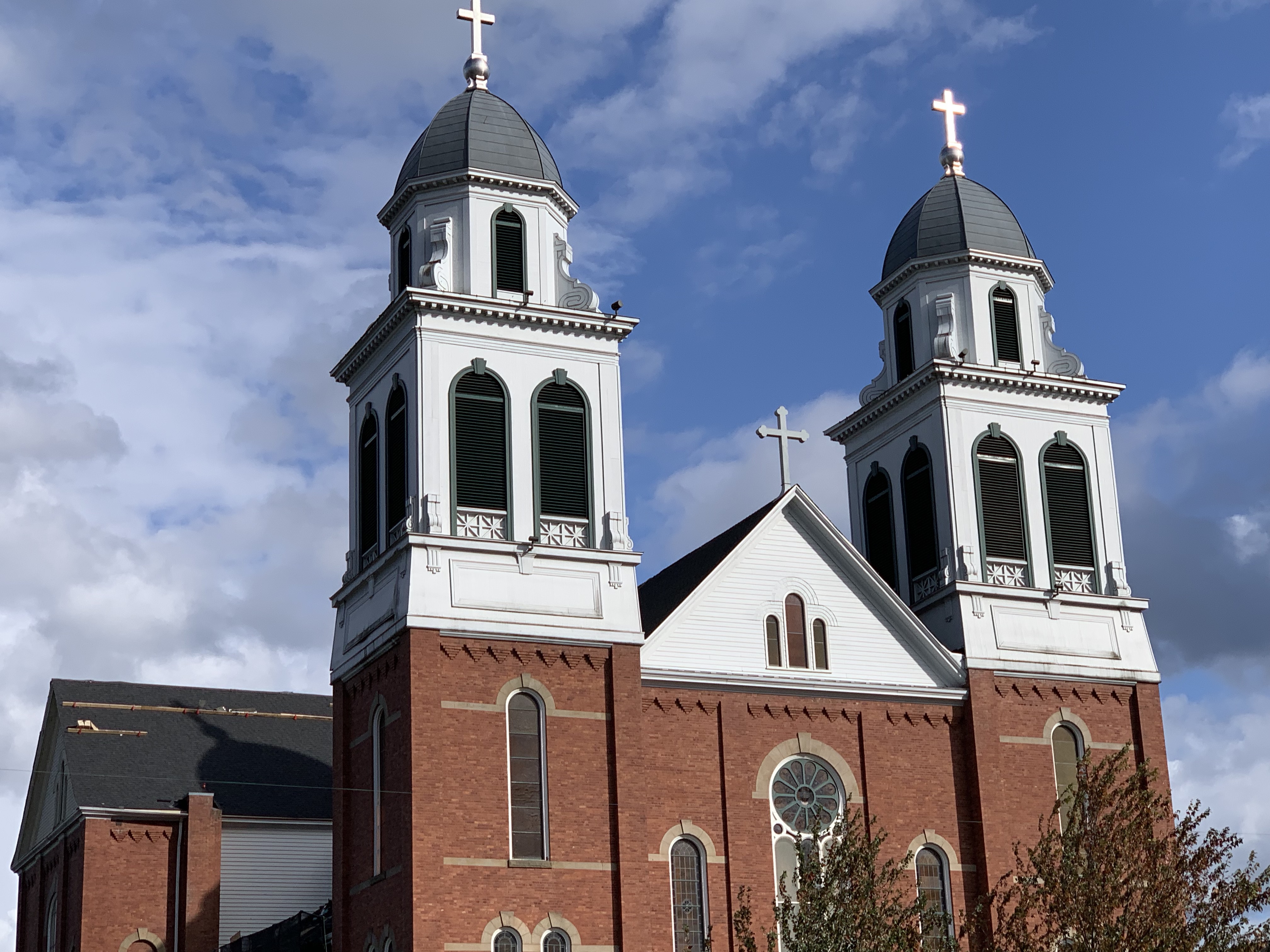