Published by Archbishop Etienne on July 24, 2018 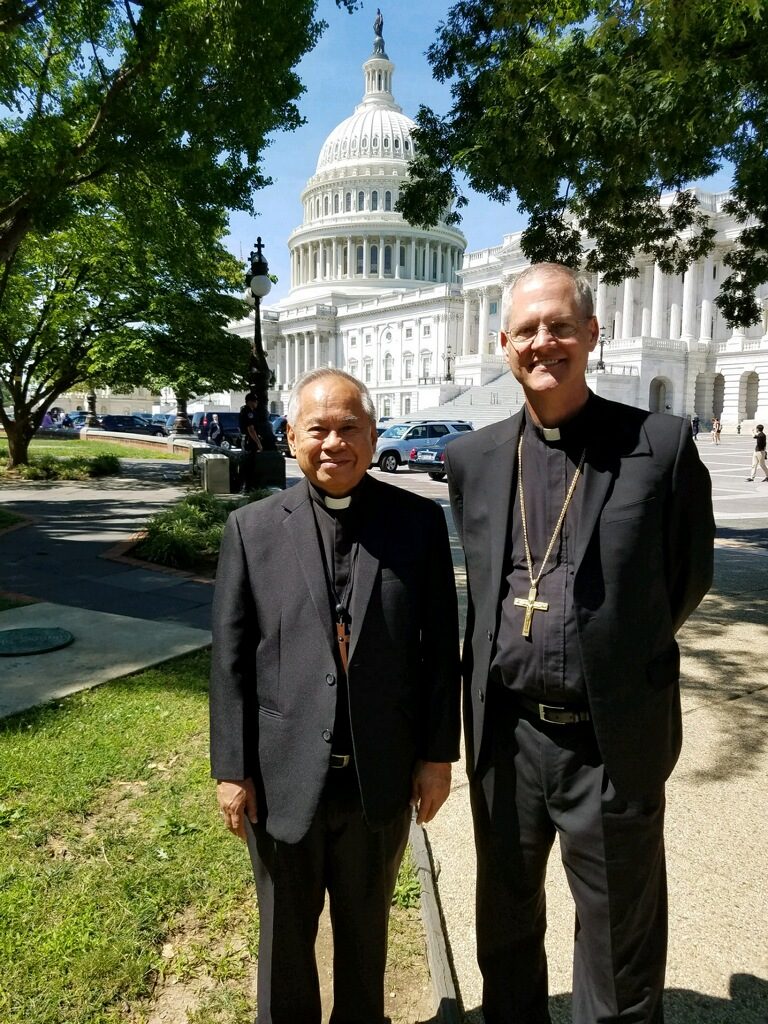 Cardinal Quevedo of the Archdiocese of Cotabato, Philippines and Archbishop Etienne in front of US Capitol

Last week, one of the committees I serve on within the USCCB met in Washington, DC.  Knowing this meeting would coincide with the visit of Cardinal Quevedo of the Archdiocese of Cotabato in the Philippines, staff of Catholic Relief Services worked with the Catholic Conference Executive Directors from both Wyoming and Alaska to schedule some meetings with their respective Congressional delegations.  Both Alaska and Wyoming have two Senators and one Representative; thus six meetings were scheduled.

Before the end of September, Congress must make decisions regarding the distribution of numerous Appropriations Accounts.  Our purposes during these meetings were:

Catholic Relief Services (CRS) is the official overseas relief and development agency of the United States Conference of Catholic Bishops – and thus of all Catholics in the United States.  This year, CRS celebrates its 75th year of global outreach and service to the poor.  This past year, CRS served approximately 130 million people in 110 countries and have forged efficient and cooperative working relationships with nearly 2,000 agencies.  The work of CRS employs 7,000 people globally in the work of emergency response and recovery, agriculture, health and social services, human life and dignity by addressing human trafficking and justice and peace building.  The good work and reputation of CRS was acknowledged by each of the Congress men and women we met with.

Cardinal Quevedo and I were joined by two CRS staff members for each of our congressional visits, Mr. Myron Meche and Ms. Kathleen Kahlau.  I assure you, CRS is well served and represented by both of these individuals, and they were very helpful to both the Cardinal and myself in our two days of visiting congressional offices.

During those two days of meetings on Capitol Hill, I was moved on several different fronts.  First, it was so humbling to be speaking on behalf of the poor and vulnerable around the world.  Today, there are almost 66 million people displaced around the world and more than 800 million people suffering from chronic food insecurity, we face humanitarian and development challenges in every corner of the globe.  US international relief dollars is a major source of funding for Catholic Relief Services – a known and trusted global relief agency.

As I met with Myron and Kathleen and reviewed the informative materials of the work of CRS, I was even more impressed with the great work of this organization, and so very proud that they represent the Catholic Church with such generosity, dignity and integrity.

As I listened to Cardinal Quevedo share his stories with each of the congress men and women, I knew I was in the presence of a humble, loving servant of the Church, and especially of the poor.

Lastly, I was very impressed with the time and interest given us by each Senator, Representative and their staffs.  Actually getting to visit with a Senator or Representative, and not one or some of their staffs is in and of itself no small accomplishment.  For each of them to show the level of interest and give us the amount of time they did was a clear demonstration of good will.  I’m also very grateful for the time given us by some of the staff members, including some time to see some of the sights around the Capitol building.

We were asked several times if the people CRS serves know that the funding comes from the United States? The answer was a clear “Yes” along with an assurance of how grateful those people are.  Likewise, some of the congress men and women made it known that sending US money overseas when we face so many challenges at home is often not understood by their constituents.  One Senator said very frankly: “Even though it is the right thing to do, it does not get us votes.”  Being a leader means doing the right thing simply because it is the right thing …

I wish to state very clearly my own gratitude for the Senators and Representatives from Alaska and Wyoming who are helping us hear the cry of the poor and to do something concrete to lift them up.

Lastly, I am incredibly grateful to the men and women of CRS who are the face of Christ and the helping hands of the Catholic Church in the United States to so many vulnerable people around the world. 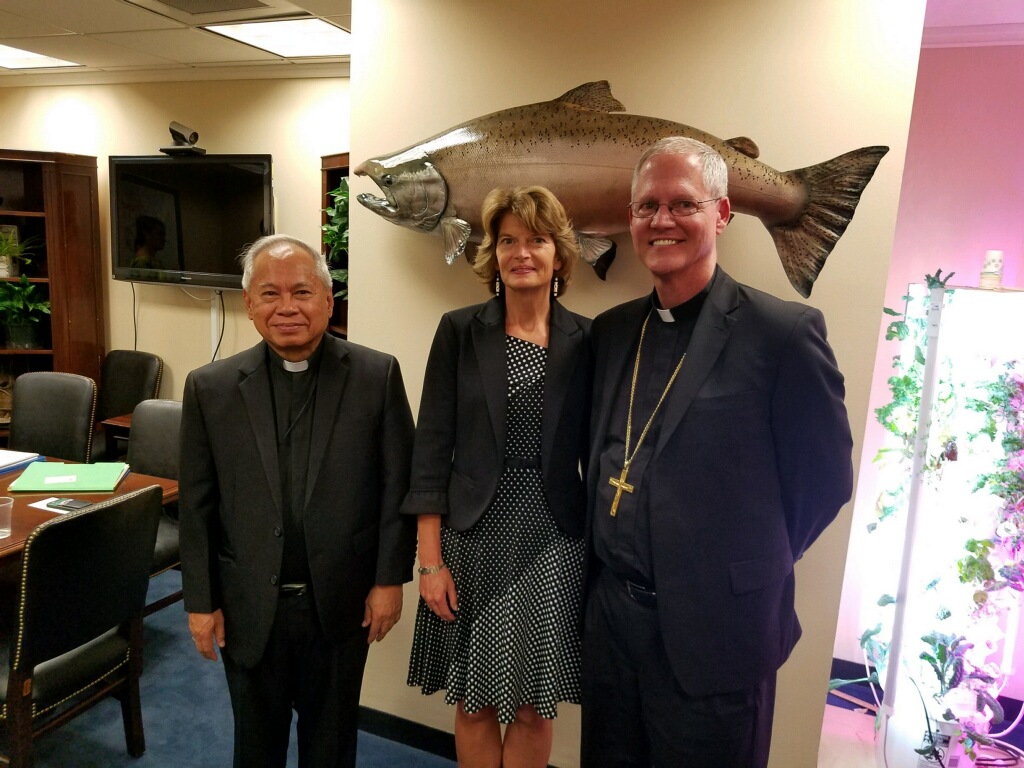 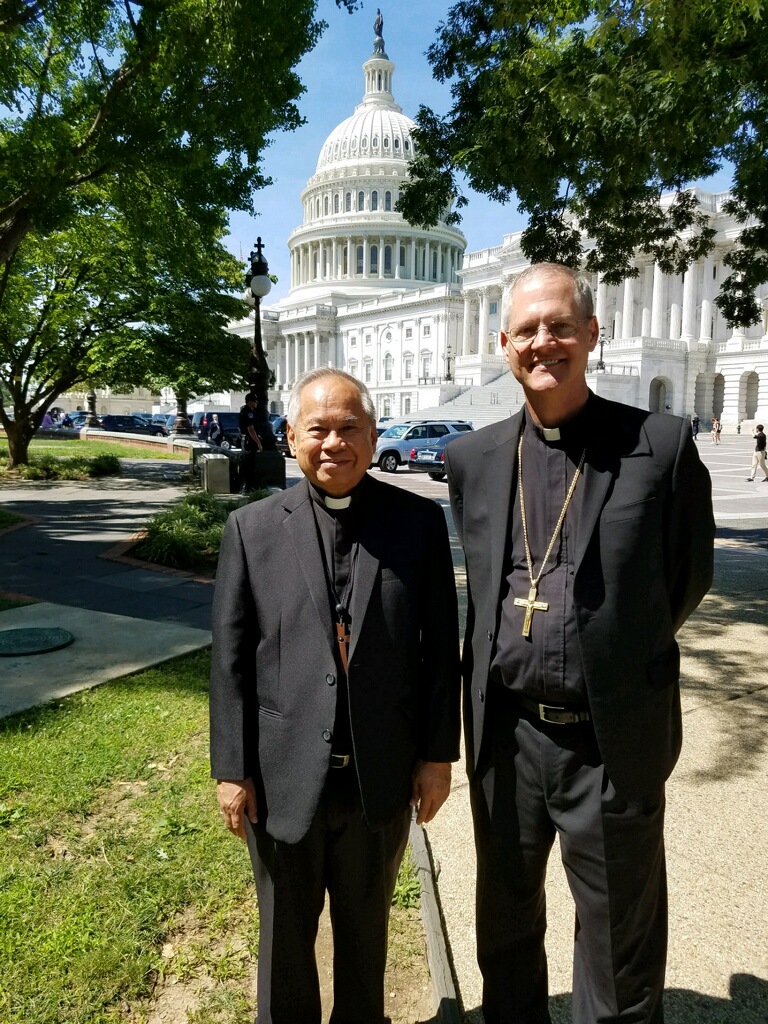 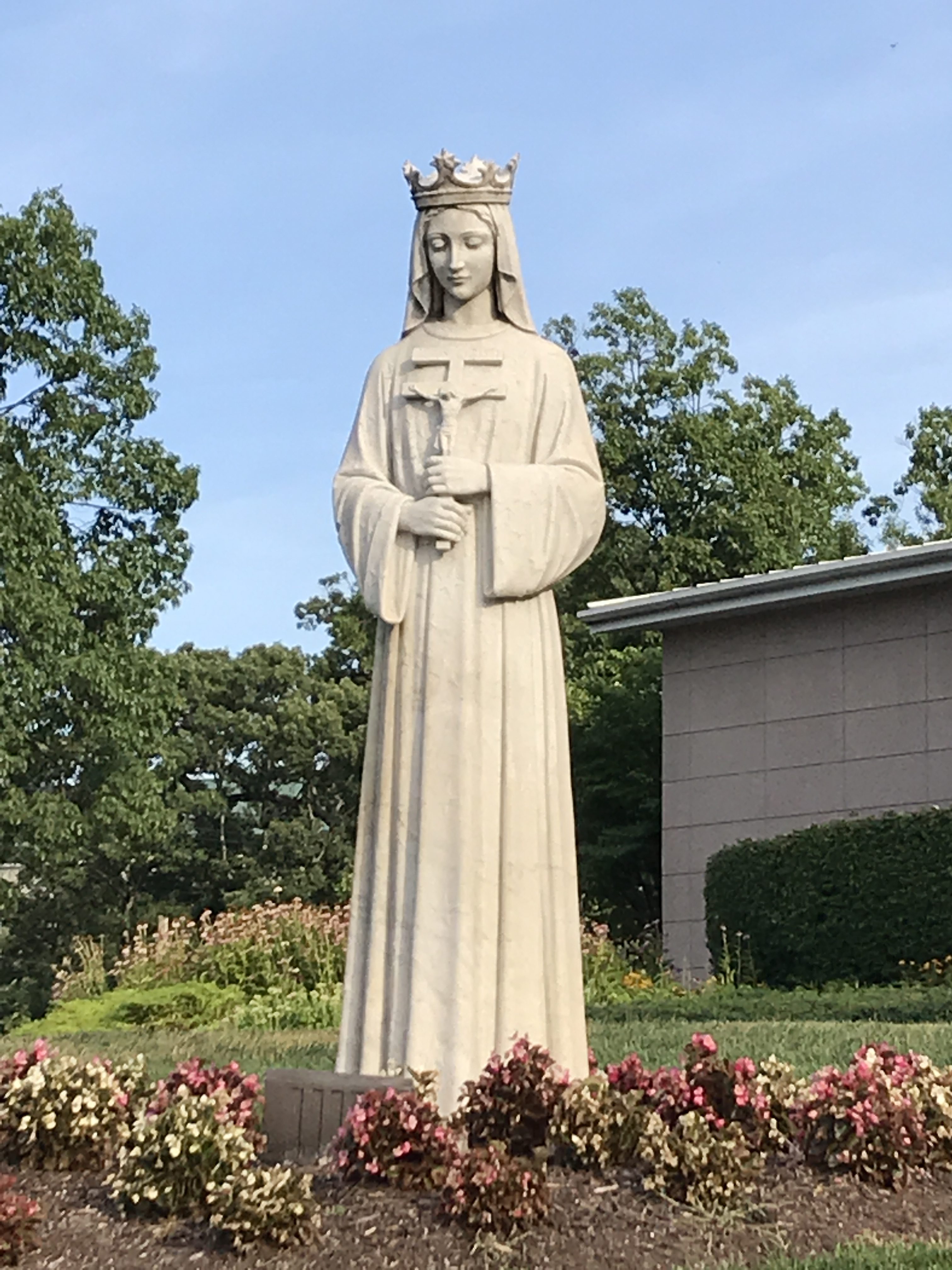 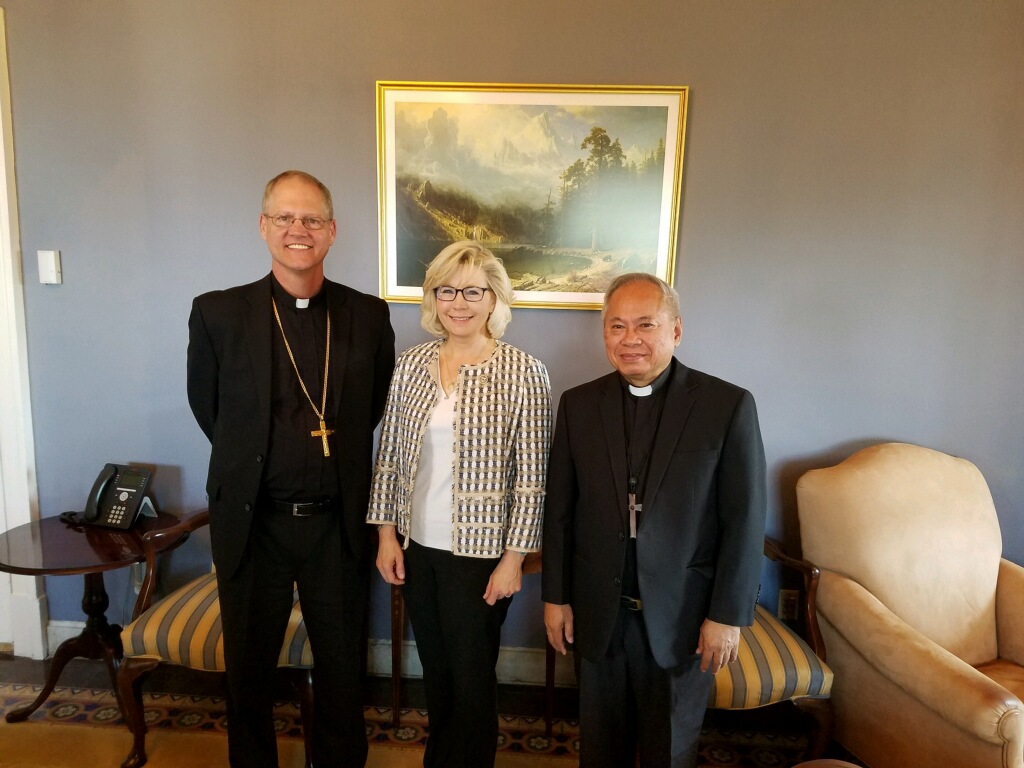 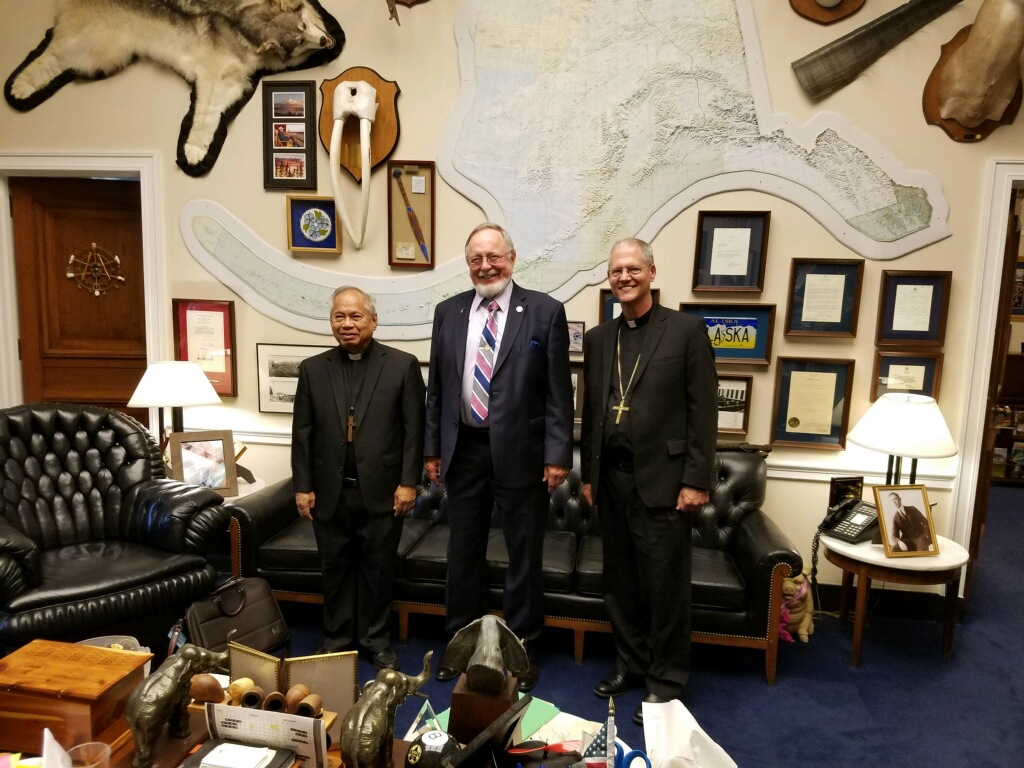 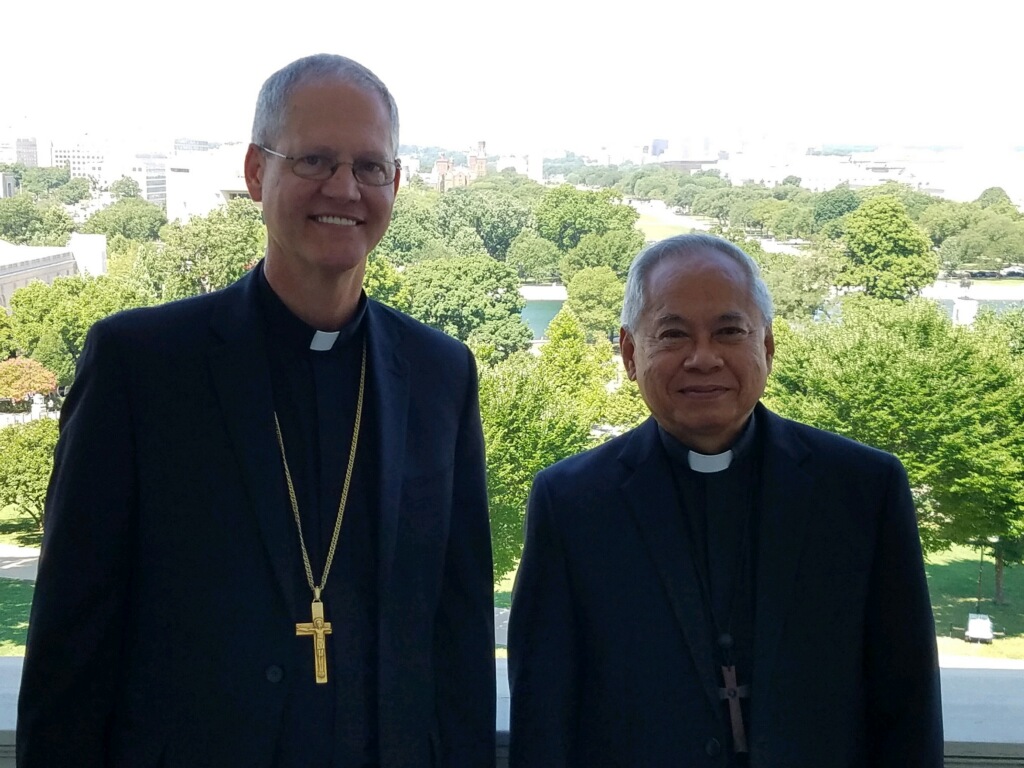 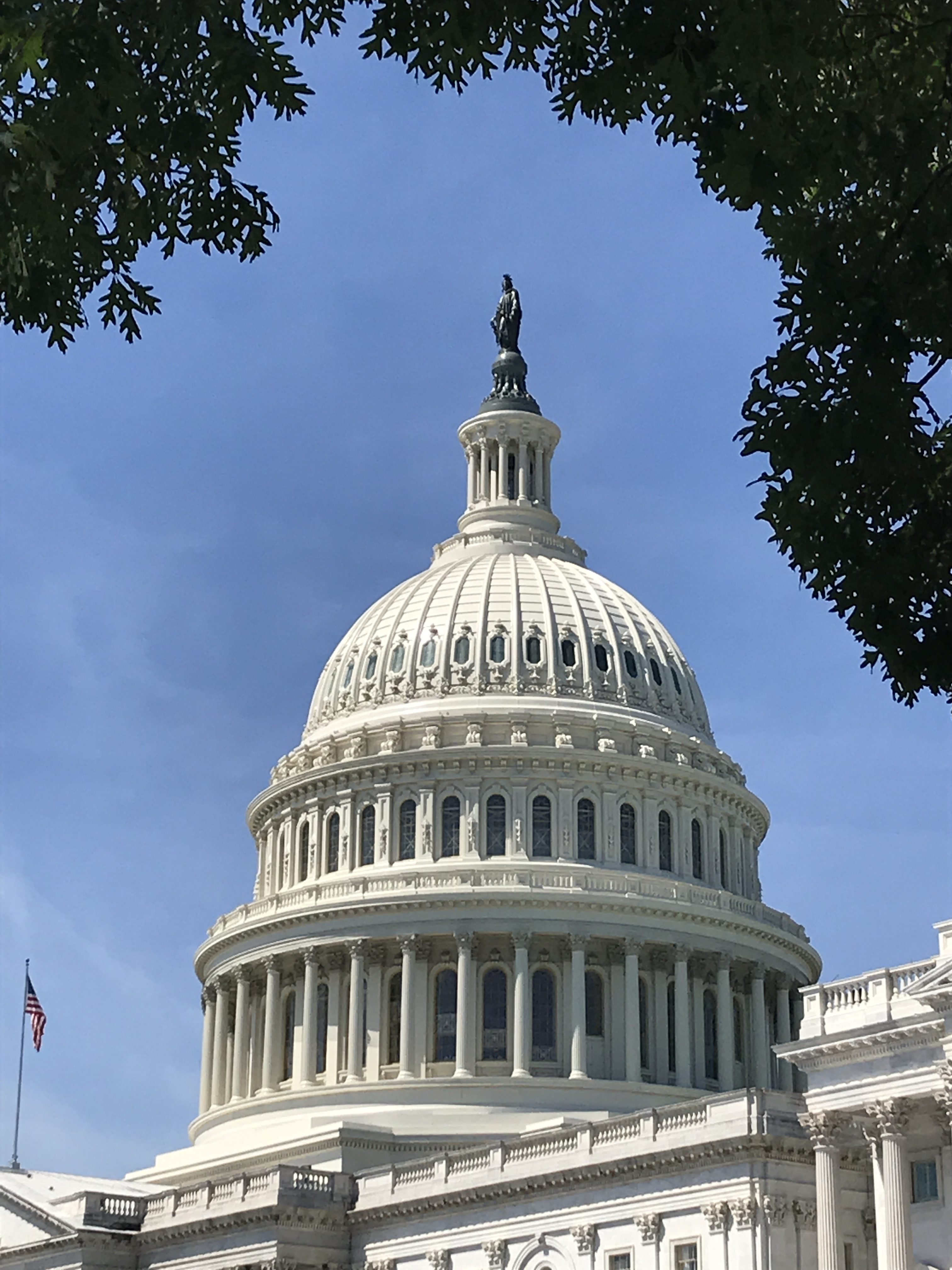 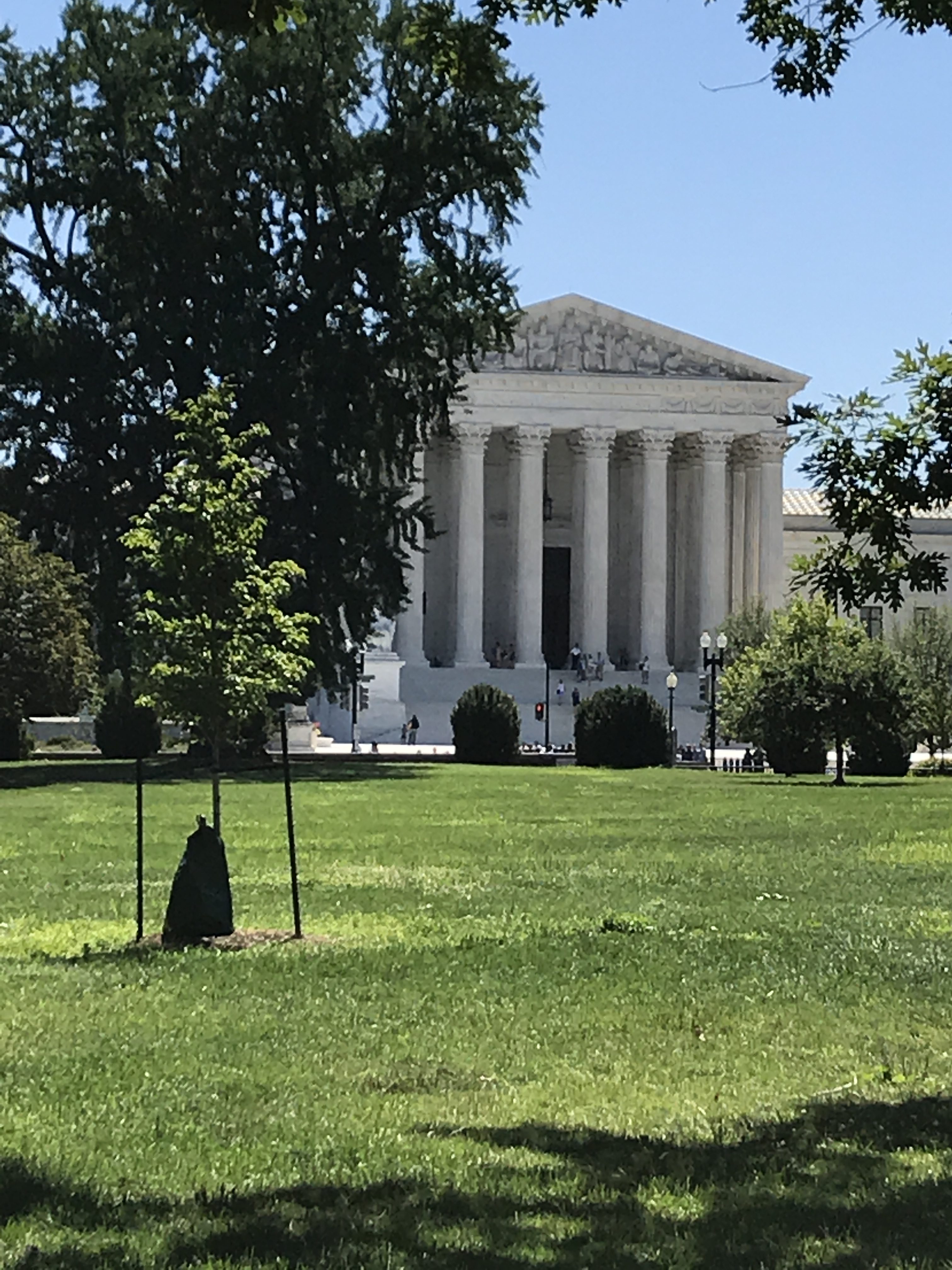 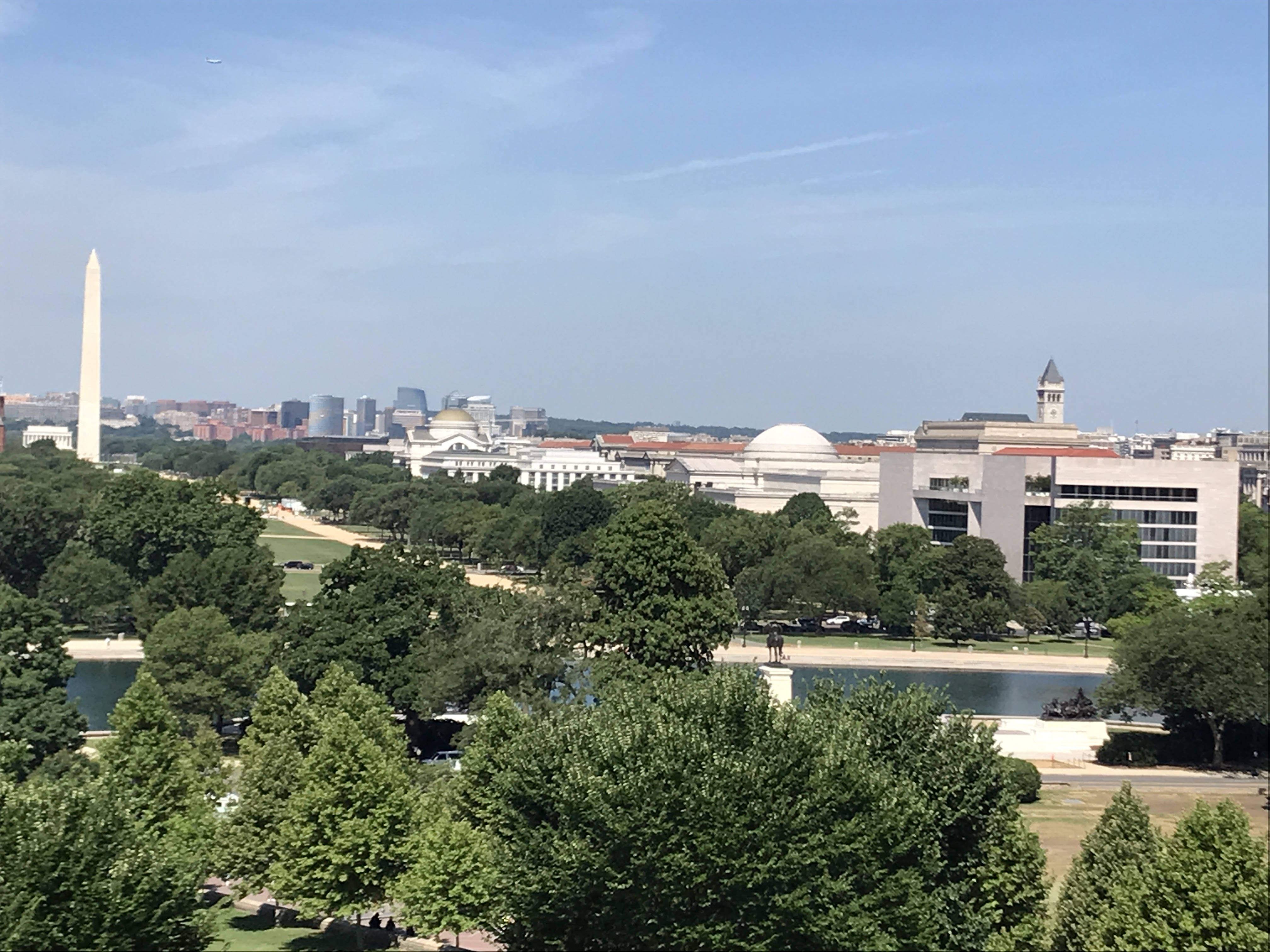 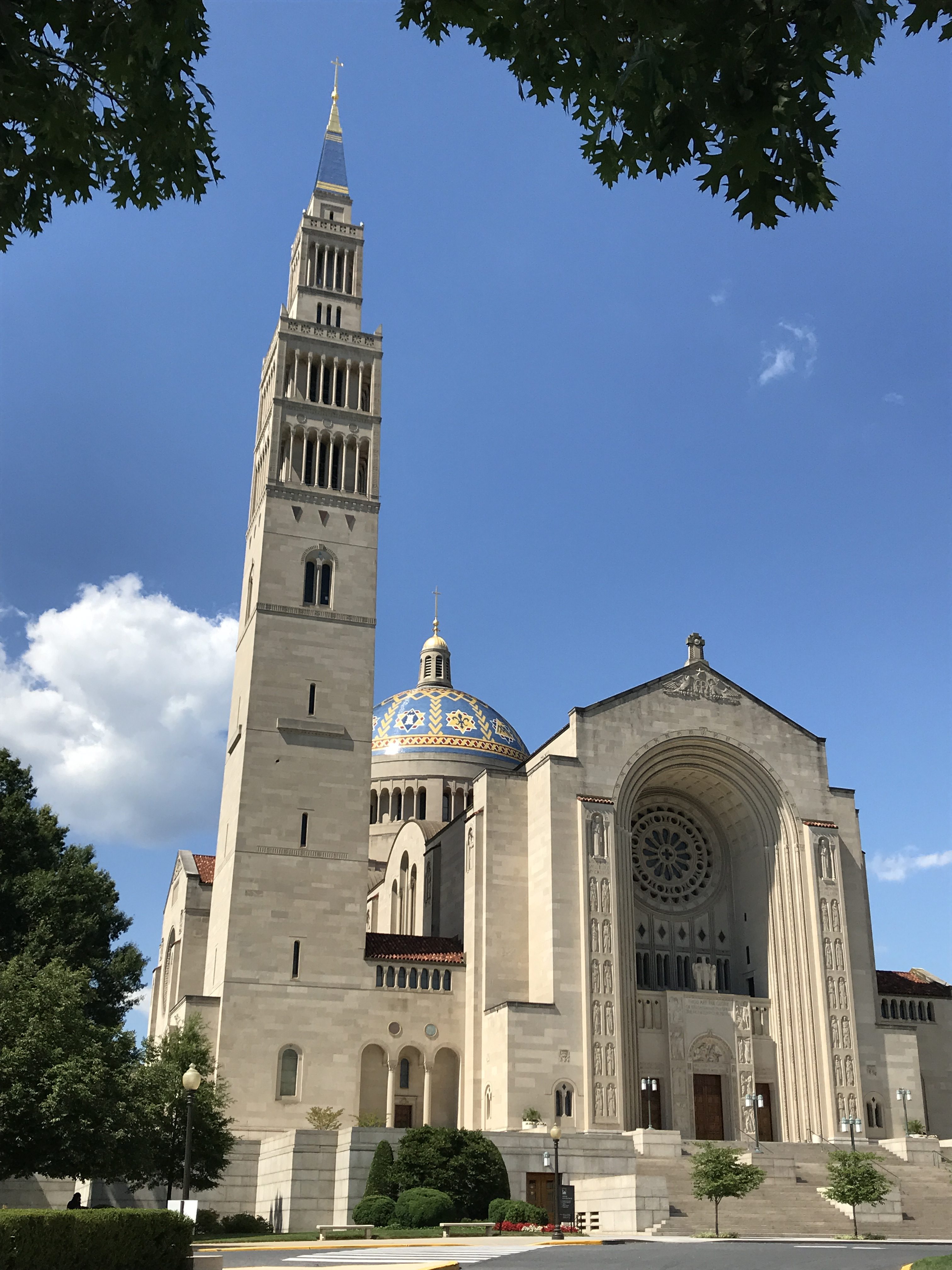 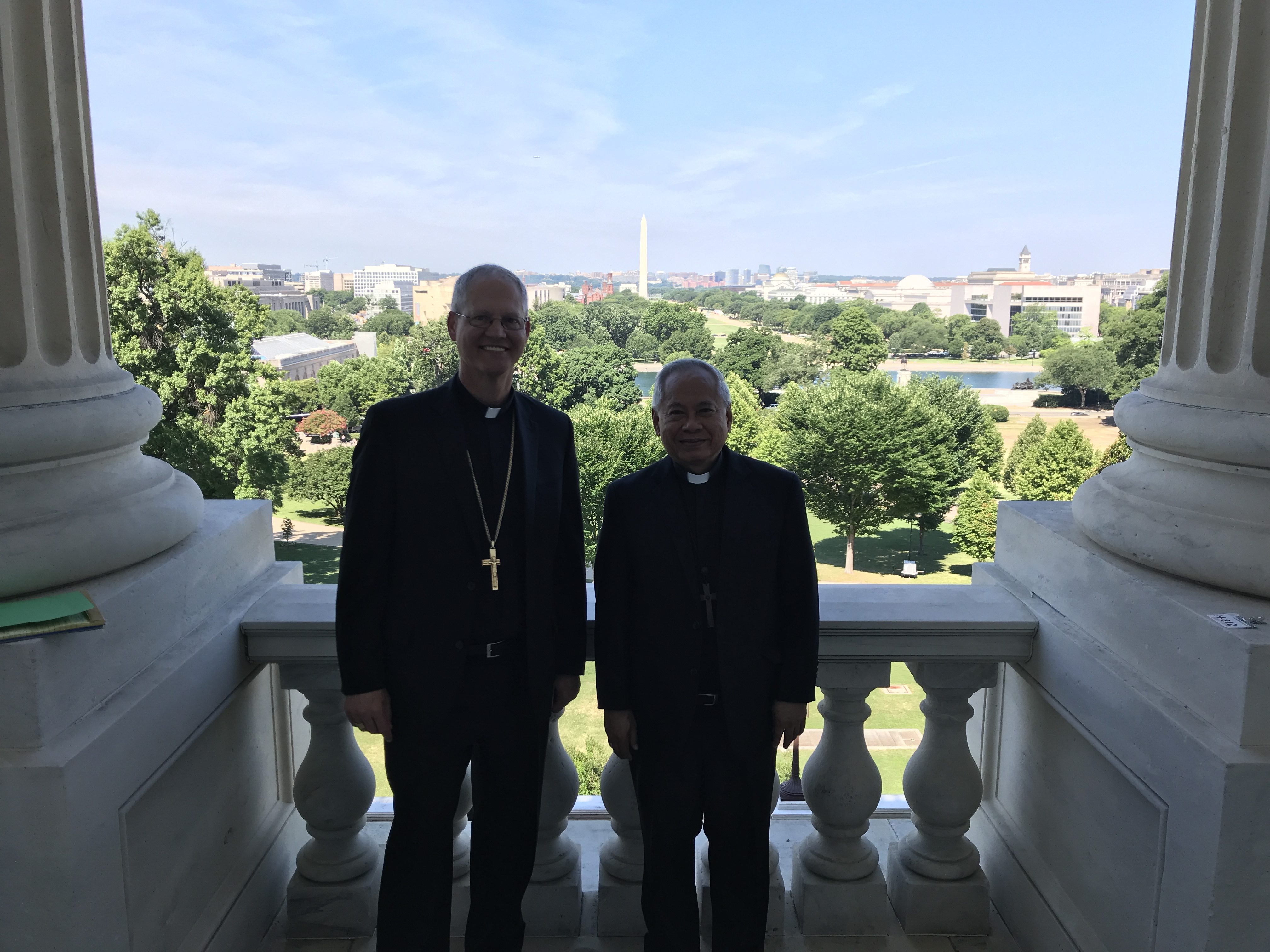