Our Lady of Guadalupe, Patroness of The New Evangelization

Published by Archbishop Etienne on December 12, 2016 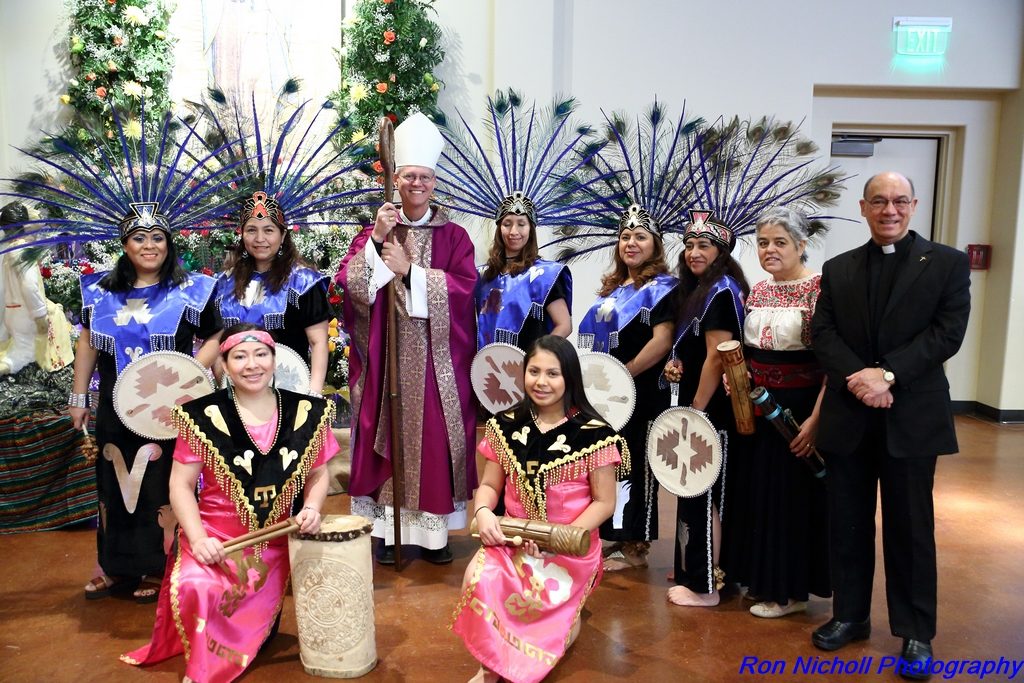 As the Americas celebrate the Feast of Our Lady of Guadalupe today, I have been reflecting upon the synthesis of faith Our Lady reveals in the miraculous image that appeared on the tilma of Blessed Juan Diego many years ago.  Despite the efforts of Spanish missionaries prior to this apparition of Our Lady, the faith failed to take root in Mexico.  However, within a very short period of time following this apparition, there were many conversions and the faith had a lasting strong-hold.

There are many lessons taught within the image of Our Lady of Guadalupe, but I will share only a few.  First of all, one should not pass over the simple nature of the apparition itself.  Our Lady appears to a humble peasant.  She appears to a widower, a simple man of deep faith.  In a sense, it is very ‘incarnational’ in that Our Lady comes to be with, to be near her people.

Mary reveals herself as the model of the New Evangelization, in that she makes use of the local traditions of the people, while surpassing them with the message of faith.  When one examines the image, we see that she is the ‘woman clothed with the sun, with the moon under her feet,’ spoken of in the Book of Revelation. (12:-1-6)  The rays of the sun highlight the entire image, and she indeed stands upon the  moon.  To the Aztecs this spoke clearly that she is greater than their gods of the sun and  moon.  She wears a cincture which in local customs indicates that she is pregnant.  At the same time, she herself has her head bowed in adoration, her hands folded in prayer, and her left knee bent, as if dancing in praise to the God of all creation.  The small medallion she wears around her neck bears the image of the cross, which is the symbol of the salvation that is won by the child she bears.

Her mantle is a turquoise blue-green, taking on the color from local landscape.  It is covered with stars, representing the heavens.  Her dress is covered with images of local foliage, which the natives would also have recognized.  At the base of the image, an angel holds her cloak in one hand and her dress in the other, meaning that she comes to bring together the things of heaven and the things of earth.  Her face is serene and compassionate.

On the Feast of Our Lady of Guadalupe we ask for the grace to be ‘with God’s people’ in such a way as to credibly carry the faith into the culture of our time.  On this day we are also called to pray for the many refugees of our day, the migrants and immigrants who long for a place to call home.  May we provide the same compassion and tenderness to those in need that Our Lady of Guadalupe showed to Blessed Juan Diego and the many people of faith who confide in her.