The Fragrance Of Christ

Published by Archbishop Etienne on April 6, 2020 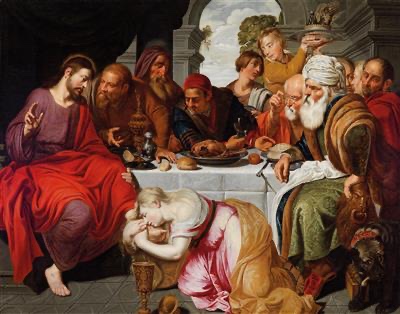 The alabaster jar needs to be broken! When the woman broke the jar, says St. John, “the house was filled with the fragrance of the perfume.” The broken jar was a symbol of Christ’s humanity: pure as he was, he was truly “a vessel of alabaster” to be broken in his death on the cross so that the Holy Spirit within him could be poured out, to fill the whole Church and the whole world with the Spirit’s fragrance. “The Lord received a precious ointment (Myron) on his head to exhale the fragrance of incorruptibility upon his Church.”

Jesus was going to be condemned as a criminal. As such, he would have been denied the anointing rites after his death. Mary is seeing to his anointing now, before he dies.

We must be attentive to Christ in those around us! Our lives as believers must give off the fragrance of Christ.