Visit to Holy Family in Glennallen

This Sunday started early, with a 6:00 departure from home to make the 3 hour plus drive to Glennallen for a 10:00 Mass at Holy Family.  After a day of rain Saturday and last night, the early morning was quite fresh, clearing skies, but plenty of low clouds and patchy fog.  Everything was so green and clear.  The Alaska terrain still takes my breath away, while some parts of it are so exhilarating!  For instance, after the heavy rains yesterday, I drove along one river that came up next to the highway, and it was running so fast … 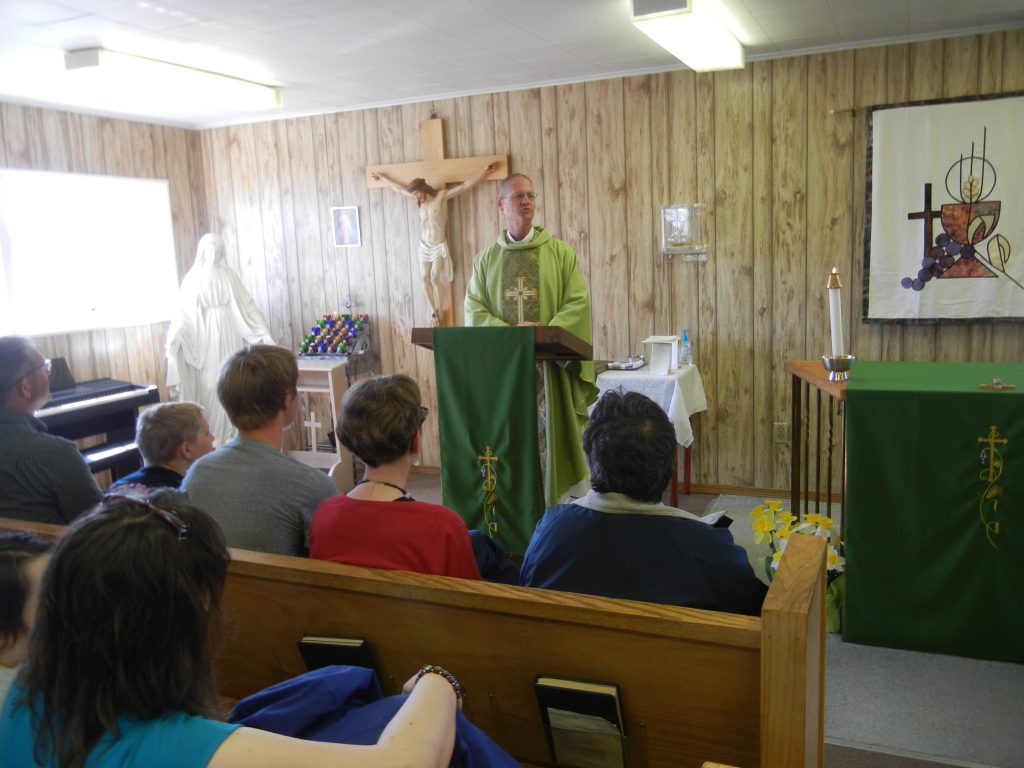 I arriv in Arrival in Glennallen allowed plenty of time to unwind a bit, visit with the two deacons who were already on hand, and prepare for Mass.

As you can tell from the picture, Holy Family is a small mission, but they were happy to celebrate Mass today with their Archbishop, and it was a joy to be with them.  Two deacons provide a Liturgy of the Word with Communion three Sundays a month, and a priest generally comes once a month for Mass.

Almost all of the parishioners travel a good distance to get to the church.  One this morning left his home at the same time I did!  Another woman travels over 40 miles each Sunday to get to the church for services.  They are a hardy, dedicated group!

Following Mass there was a lovely pitch in dinner, and I was able to visit with people for about an hour and a half.  I’m told that there are only about 2,500 people in the entire Copper Valley area.  Now that the Alaska Pipeline is running at minimal levels, there is not much economic base for attracting people to this area of the state.  However, I did meet some people who were born and raised here, and very happy to remain. 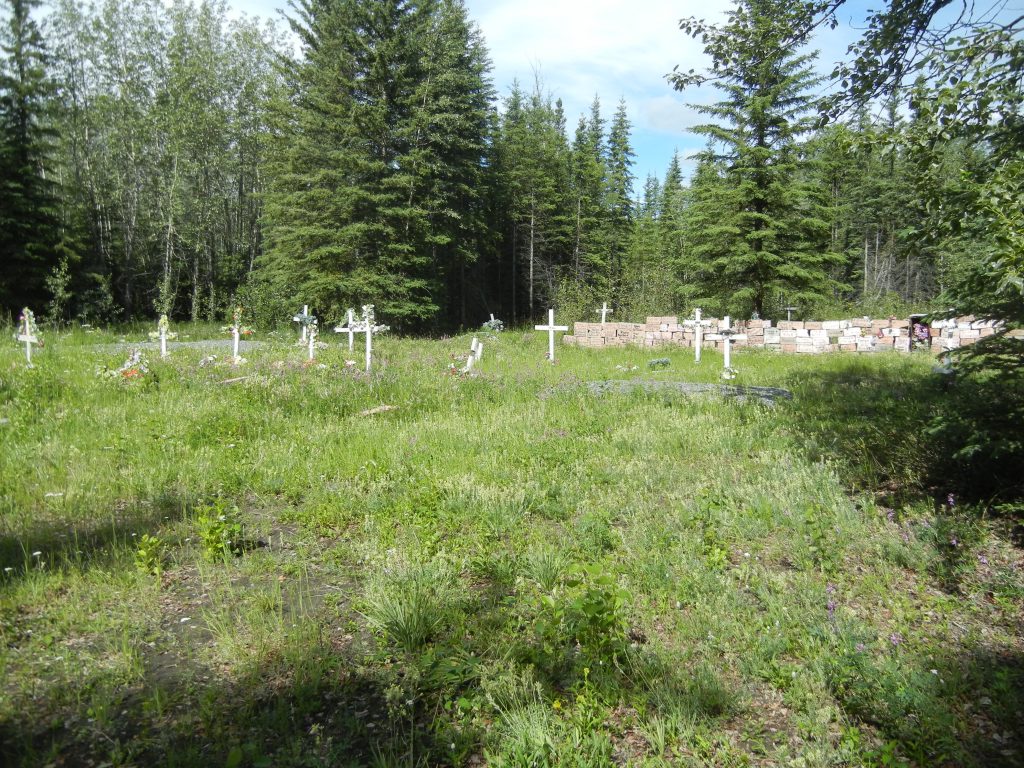 From Glennallen, I made my way just a bit further south to a piece of property the Archdiocese has owned for several decades, known as the Copper Center or Taslina property.  There was a school here from the 1950’s until the early 1970’s.  After the school closed, the school fell into disrepair, and eventually burned.  Just recently, the site was cleaned up and all the facilities were demolished and removed.  All that remains is a cemetery.

It is an interesting piece of property in that it lies at the confluence of the Taslina and Copper Rivers.  Some of the local Native population still operate fish wheels here on the Copper River.  The School Alumni are also still fairly active, and hold a reunion on the site each year. 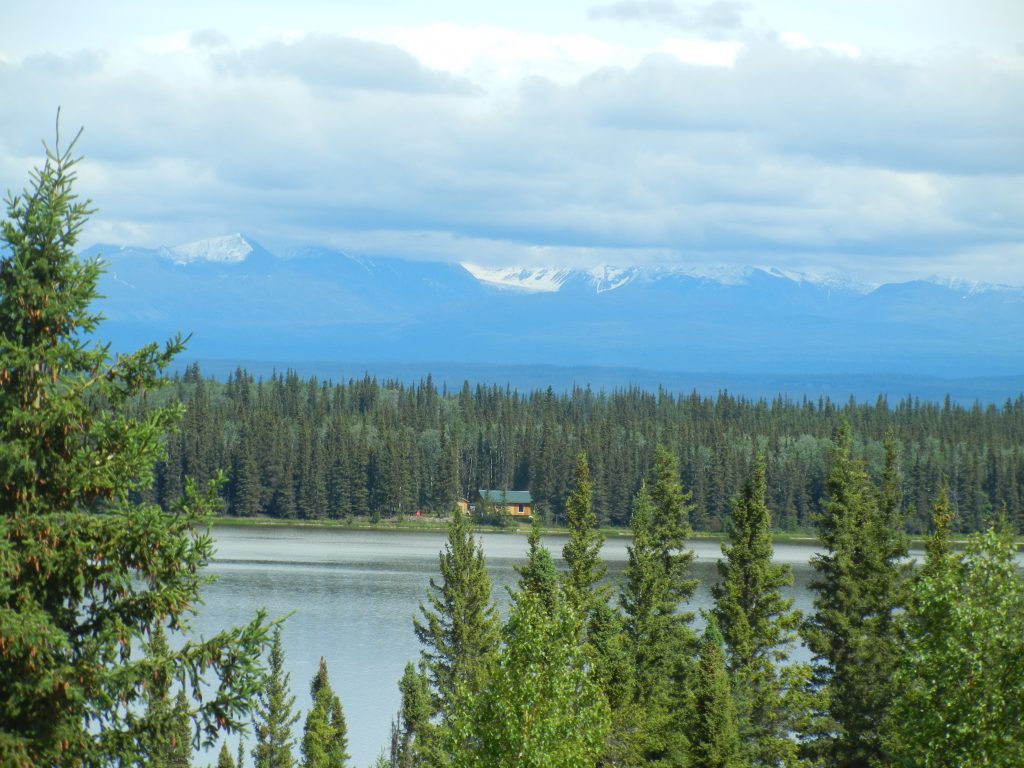 After this stop, I enjoyed a very scenic drive to Valdez, where the Salmon run is just beginning.  It is a little late for this area, but the fleet is quite excited, because last year was a very bad year for this part of the state’s fishing industry.

The main reason for my visit is that tomorrow there will be a change of command in the local US Coast Guard.  I’ve been asked to give the closing prayer at the 10:00am ceremony.  Commander Michael R. Franklin, USCG, will take command of the U.S. Coast Guard Marine Safety Unity here in Valdez.  He is also actively involved in our local parish, and it is an honor to join him for this ceremony tomorrow. 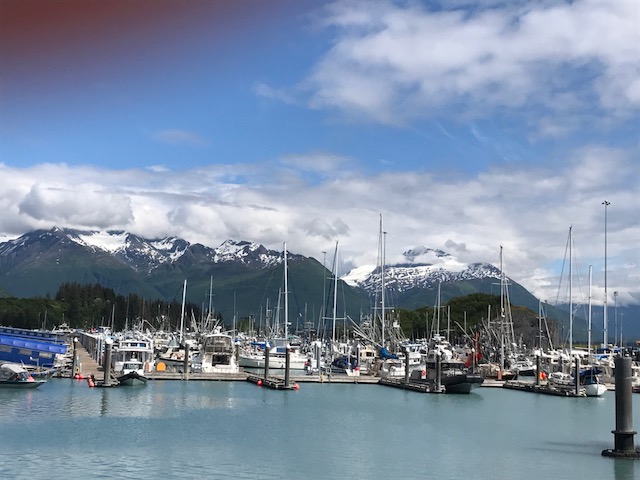