Published by Archbishop Etienne on May 17, 2017 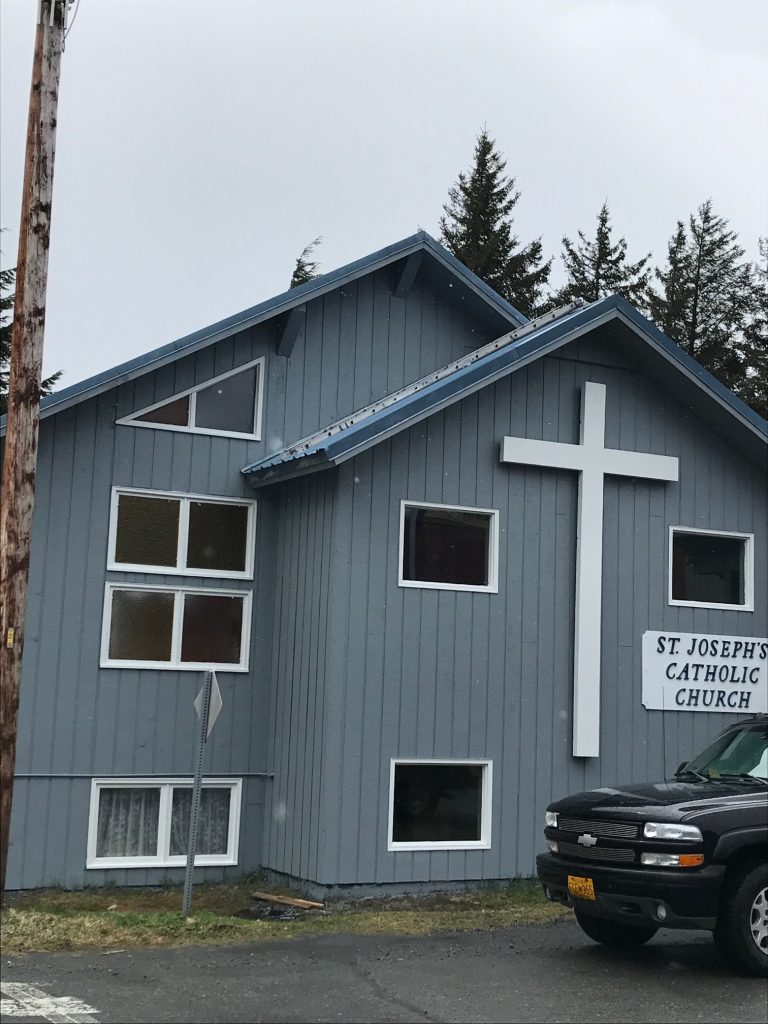 The town of Cordova sits on the Orca Inlet in the Southeast corner of Prince William Sound.  Native Alaskans were here for a long time, but the present-day city began around 1906 with the building of the  Copper River and Northwestern Railroad.  Cordova became the railroad terminus and ocean shipping port for copper ore from the Kennecott Mine up the Copper River.

The first trainload of ore was loaded onto the steamship Northwestern, bound for a smelter in Tacoma, Washington, in April 1911. The copper mines operated until 1938.  After that, the fishing industry took off.

The vast majority of the local economy is fishing.  If it is a good year, the town and its population do well.  If not, then life becomes more difficult for everyone.  Last year was a disappointing year, after three good years prior to that.  On the Eve of The Opener, all are hopeful for a bountiful harvest this year.

Today, there are five processing plants in Cordova; three larger operations and two smaller ones.  Tomorrow, May 18 is ‘The Opener’, meaning the first commercial fishing day of the season.  The legal fishing hours will run from 7:00am  – 7pm.  These means 12 hours of fishing for Red (Sockeye) Salmon.

The locals have come to realize how much they depend upon this amazing fish – the salmon. The King Salmon is also in these waters, but are off-limits this year to the commercial fishing rigs. The regulations are for the protection of these fish.  In the early days of the season, the fleet is only allowed to fish two days a week, thus giving the salmon a good opportunity to enter the Copper River and other streams to return to their spawning grounds.  This is obviously important for the longevity of these highly sought after fish, as well as for the local industry. 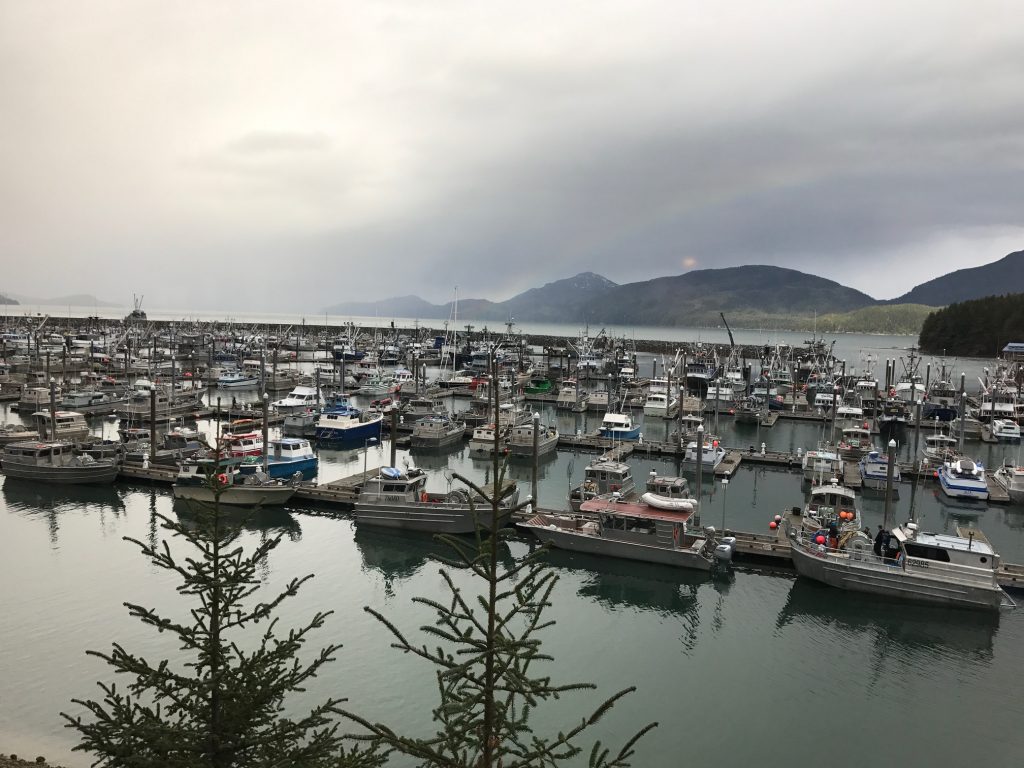 The fishing fleet in harbor – day before The Opener – Cordova, Alaska

I could almost feel the excitement as I ate breakfast this morning at the Reluctant Fisherman which looks out over the harbor.  As the picture indicates, the harbor is packed with fishing vessels, making last minute preparations to leave harbor tonight to be in place for the Opener at 7:00am tomorrow morning.

There are typically two types of boats used for this fishing operation; Bow Pickers and Seiners.   A third vessel, called a Tender, serves as the collection point.  The fishing boats unload their catch at the tenders, which station themselves near the fishing areas, and once they are full, they return to the processing plants to unload.

Bow Pickers as you might guess feed their gill nets off the bow (front) of the boat.  These nets run for well up to 300 yards, netting the fish as they swim through the area.  Once the captain deems it is time, the nets are reeled back in, with crew members removing the fish from the nets as quickly as possible.  With a limited time to legally have the nets out, there is a strong incentive to repeat this process as often as possible, and thus hauling in as many fish as one can.

The Processing Plants, formerly called Canneries, run pretty much non-stop during the four month fishing season.  The workers may make anywhere from $10 – $13 / hour for the first 40 hours, and then are on overtime for the rest of the hours they work, so they too are hoping to work as much as they can during the season.  The plants include large dorm areas, and the typical day for the workers is work, eat, sleep, repeat. 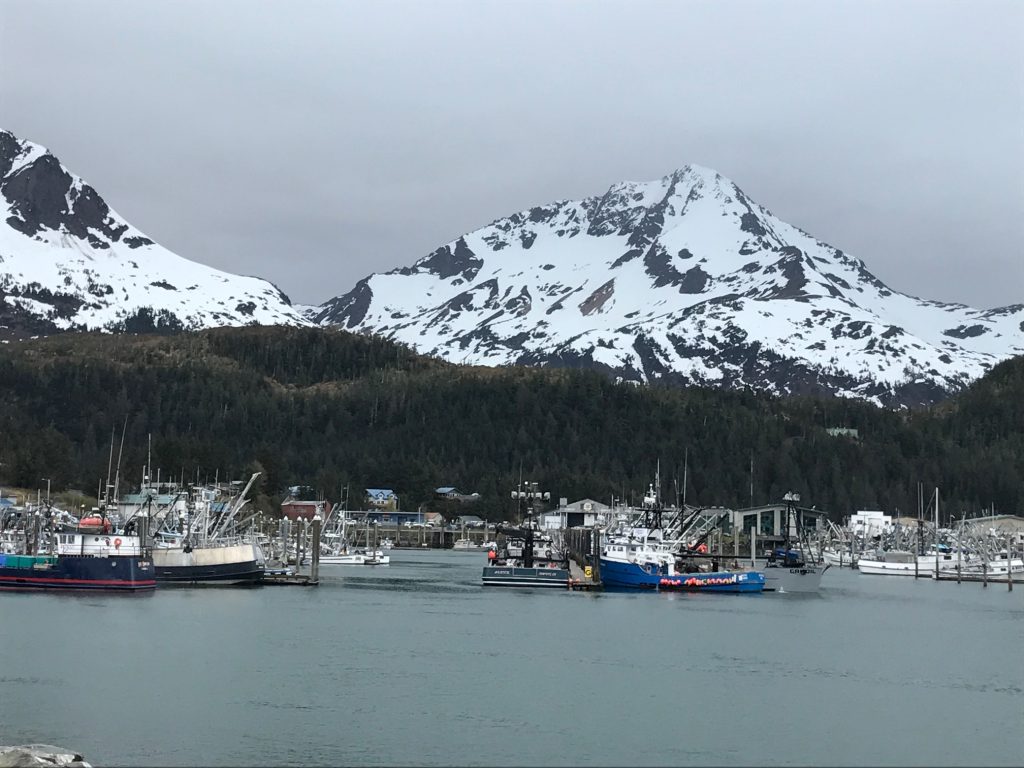